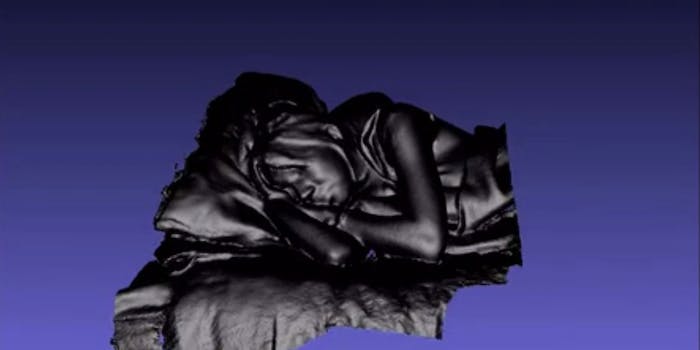 LazeeEye wants to turn your smartphone into a 3D camera

Smartphone cameras get more sophisticated every time Apple or Samsung decides to up the ante, but they’re still working with 2D images. Heuristic Labs wants to change that, with a product called LazeeEye that turns smartphones into 3D cameras.

LazeeEye attaches to your smartphone (kind of like a Ollo Clip) and uses a laser illuminator and a stereo vision processing app to transform photos into 3D images.

But why, you might ask, would anyone want to take 3D photos? The company offers a pretty comprehensive list of all the cool stuff you can do with them, from using the images as blueprints for 3D printing to use image depth to make non-embarrassing Photoshop edits. They can also be used as an aid for taking measurements, which can be used to remodel a drab living room or spice up someone’s wardrobe.

LazeeEye is still a prototype, and it’s likely that some smartphones will come with 3D-capable cameras in their coming generations, so it may lose some of its novelty by the time it hits the market. Because it’s a smartphone accessory, though, it’ll be a draw for people who don’t want to upgrade their device or carry around two, but want to take 3D photos.