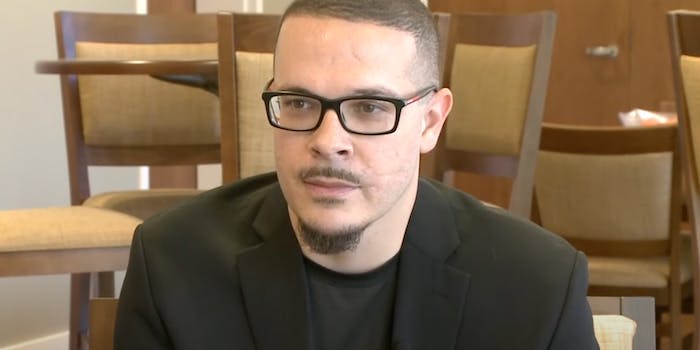 Shaun King criticized for moving into $842,000 house after asking for personal donations for his wife

Given King's controversial history, people were weary of King's requests for donations to his wife, especially after she purchased the large lakeside home.

Controversial activist Shaun King is being criticized for moving into an $842,000 five-bedroom home in New Jersey a month after asking for personal donations for his wife to “alleviate some pressure” she was feeling during schooling.

The Daily Dot previously reported on July 18 that King was taking a social media break for the rest of the month. He deactivated his Twitter—much to the delight of Twitter users—and announced he was deleting the Facebook app.

The social media hiatus came shortly after King reached out to his followers on Facebook and asked them to give a small monetary donation to his wife as she dealt with school-related financial stress. He then listed her CashApp and Venmo account information.

This weekend, it was reported that the King family moved from their two-bedroom apartment in Brooklyn, New ​York, to their new estate—which Rai bought—in New Jersey.

The move garnered criticism from people online who view King as a grifter due to accusations claiming he pocketed money raised for the Black Lives Matter movement. In June, Samira Rice, the mother of Tamir Rice, called King an “imposter that can not be trusted.” In the past, King has also been accused of fundraising for projects that were never completed.

Given King’s controversial history, people were weary of King’s requests for donations to his wife, especially after she purchased the large lakeside home.

Rai appeared to respond to the controversy in her most recent Instagram post. Supporters of the King family showed love under photo in which she discussed the move in vague terms and celebrated the accomplishment of homeownership.

“I screamed when I saw the articles this week. You deserve all the peace, success, and happiness for you and your family. ❤️,” wrote @new_england_mermaid.

“So upset they posted pictures and location of your new home. 😩 It really be ya own too…😔,” said @verifiablyboss_.

The Daily Dot reached out to Shaun King’s team for comment.