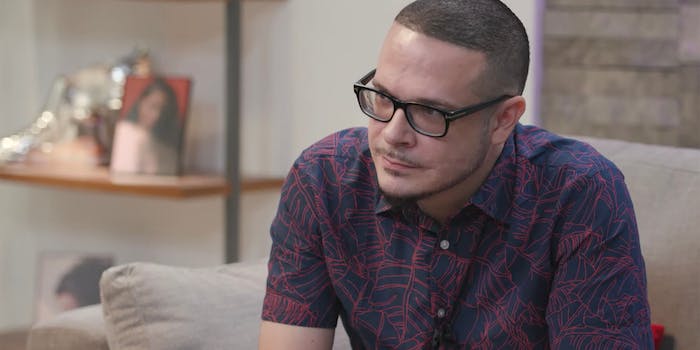 King has a shaky history with fundraisers.

In the wake of the coronavirus pandemic, fundraisers and good samaritans are coming through. People are offering to grab groceries for the elderly, performing free concerts via Instagram Live, and creating social media-based support groups.

Amid the well-intentioned gestures, one campaign is facing backlash just days into its operation. A prominent social movement organizer has accused the C19 Help Squad, led by Twitter activist Shaun King, of being a scam.

King is a human rights advocate at the forefront of issues surrounding police brutality on the Black community and was instrumental in identifying two attackers from the Charlottesville riot in 2017. Now, King is addressing the ongoing coronavirus health crisis. According to his Twitter bio, he is a “leader” of the C19 Help Squad.

But King has faced criticism in the past over complaints that fundraised money didn’t reach people he said he intended to help. On social media, people are advising others to be wary of signing up for King’s latest effort.

Organizer Leslie Mac, who co-founded the Ferguson Response Network and co-created the Safety Pin Box subscription service, tweeted on Sunday to discourage people from contributing to the C19 Help Squad.

“I knew he couldn’t resist jumping in to capitalize on this crisis,” Mac wrote. “Don’t let him.”

“You’re an opportunistic predator, and you should be ashamed of yourself,” wrote one user who said they “possibly” have coronavirus.

Other commenters criticized the vagueness of the platform’s description, which reads, “We’re building a team to help people, families, & businesses in need. Follow @C19HelpSquad & commit to helping at least one person in need. More info to come.”

Update 12:16pm CT, April 6: King, who denies any wrongdoing, says calling C19 Help Squad a “fundraiser” is a misnomer because he is not raising funds for his, or any, organization. Rather, the platform more akin to a matchmaking service, bringing the right donor and beneficiary together.

King, one of the faces of the Black Lives Matter movement in its early days, is no stranger to controversy. In 2015, conservative media outlets questioned whether King is really biracial. Last year, he came under fire for the vilification of Black women who have long called him out for his lack of transparency and accountability in other fundraisers. Most recently, activist DeRay Mckesson penned a long letter calling King out for multiple transgressions and asking him to totally remove himself from fundraising.

Social media pages for the C19 Help Squad went up last weekend, and the website for the platform went up on Tuesday.

The Instagram page, which has more than 33,000 followers, links to the website, where people can opt to give or receive help. According to the description, donors who join the “team” will be matched with someone who has requested goods or services according to their needs.

The review section of the Facebook page of the platform has received a rating of 2 out of 5, with negative reviews referencing King’s past efforts.

The platform’s Instagram page, however, appears to be doing well. Many people have commented on the three posts on its page, expressing their gratitude or sharing their own situation as someone in need.

The Daily Dot has reached out to King’s team.