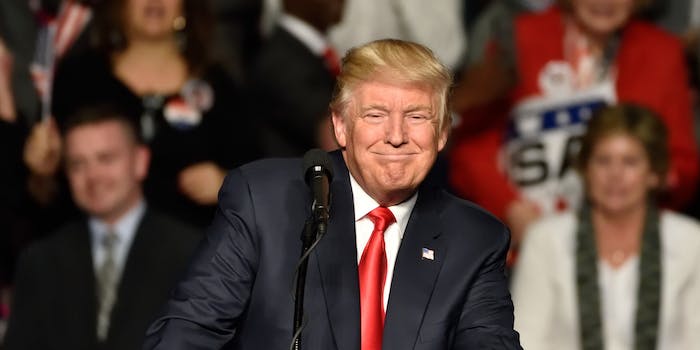 Selfie sticks, drones, and guns all banned at Trump’s inauguration

Cause everyone just has a casual drone lying around, right?

President-elect Donald Trump will be sworn into office on Jan. 20, but there are a few things you need to leave at home if you plan to attend the inauguration shindig.

Thousands are expected to attend Trump’s inauguration, but they can only do so if they follow the rules. Besides the obvious banned items (weapons and ammunition), drones, selfie sticks, and coolers are forbidden. This isn’t a tailgate, ya’ll.

The official list of banned items outlines what won’t be permitted on inauguration day, and though things like cigarettes and alcohol didn’t earn a spot on the list, “unmanned aircraft systems” do.

Though it is understandable that the Trump administration is taking extra precautionary measures to ensure safety, especially after numerous riots and protests and an all-time-low approval rating, the list may be a bit too much.

Below is the curated catalog of the things you should leave at home if you plan to attend the inauguration day event in Washington, D.C.:

CNN reports that, according to presidential historian Douglas Brinkley, Trump is crafting his own short speech for the big day. “He wants to write the inaugural himself,” Brinkley told CNN. “He doesn’t want it to be long. He would like it to be a shorter one. He doesn’t want people standing out in the cold.”

Well, this is going to be one hell of a party.