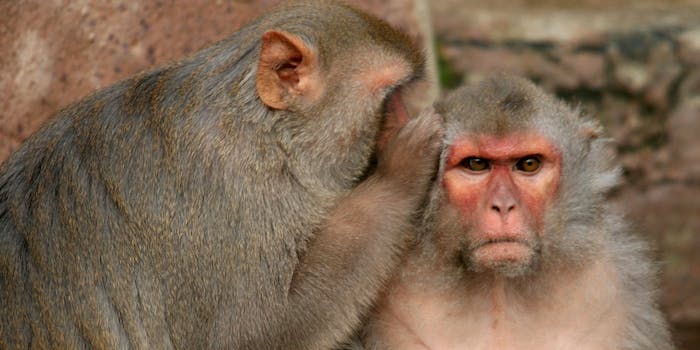 What Secret’s shut down means for anonymous apps

Secret, an application that raised $35 million to convince users to spill their secrets anonymously, is shutting down. The announcement came after rumors in March that the not quite two-year-old San Francisco startup would be becoming an incubator.

Founder and CEO David Byttow broke the news to employees on Tuesday. Secret did not respond to a request for comment. In a post on Medium, Byttow said “Secret does not represent the vision I had when starting the company, so I believe it’s the right decision for myself, our investors and our team.” He said Secret will return remaining invested capital to investors.

The vision Byttow had of intimately connecting friends failed as keeping up with growth and trying to build community restraints became too overwhelming, and users took it out of control, according to one source with knowledge of the matter. This source said while there were rumors internally of a pivot, it had become too messy to try and maintain Secret and try and start something new.

Secret launched to widespread popularity in technology circles, mostly for the gossip and potential scoops some reporters and others found on the app. But after a number of high-profile individuals were bullied on Secret, including GitHub developer and designer Julie Ann Horvath, the company had to make some changes, disallowing users to name people by name in an effort to restrict bullying on the platform.

As swiftly as it rose to prominence in the Valley, its popularity quickly faded as other applications like YikYak and Whisper—location-based anonymous app with a similar pretense—became popular among young people, and turned Secret into an ugly stepchild of the anonymous app world.

Earlier this year, Secret cofounder Chrys Bader and mobile engineer Sara Haider left the company, and those departures pointed to significant strife within the company. One source said part of the tension was Bader’s redesign of the app to look like YikYak and the addition of direct messaging that led to some of the fallout. Many at Secret didn’t like the direction the company was going, shifting even further away from the app’s original vision and causing tension between the two founders. Bader gave the reins exclusively to Byttow in January.

Secret denied rumors it was becoming an incubator and told TechCrunch it was putting more focus on Secret Dens, the workplace gossip-specific version of Secret, and Ping, an app for notifications about topics you’re interested in. It appears those efforts have fizzled, too.

The wild rise and fall of Secret is yet another casualty of an app massively popular in tech circles that couldn’t scale. While YikYak and After School focused their efforts on students and campus locations, and Whisper targeted teens, Secret’s flash-in-the-pan success was predicated on a hungry technorati hoping to find gossip about companies, colleagues, and friends.

Secret’s downfall might not come as a surprise, especially to people who still have it installed. With Secret gone, location-based anonymous apps have more pressure to prove themselves viable, not only to investors, but to the general public as well.

These apps struggle to walk the line between gossip rag and a more meaningful kind of confession platform, whatever that might mean. When Secret implemented features that prevented people from naming individuals by name, its popularity took a quick turn for the worse. Around this time, Secret’s peers YikYak, After School, and Whisper were increasingly causing major problems at schools around the country.

After School recently undertook a massive overhaul, adding additional safety features, anti-bullying measures, and shifted its focus to become more of a school bulletin board than a burn book. Yik Yak is popular among college students, sure, but does the flood of new freshman each year make up for the number of students the app loses with each graduating class? For Secret, removing name-naming gossip tanked ratings; on anonymous apps, people want to read things they can talk about offline, too.

There might be a place for anonymous apps, but perhaps the Internet isn’t mature enough yet. As software attempts to provide a veil of anonymity to users, it must also offer comprehensive tools and restrictions on the community at the outset—what is allowed and not allowed on the platform should be determined up front, not after users are maliciously driven off the app.

Secret’s downfall is perhaps more poignant considering the swell of adoration among venture capitalists and early adopters of technology when it launched. Now that it’s closing doors, Secret becomes yet another over-hyped app that couldn’t find sustainability, even with millions in the bank. Now its CEO is left helping his talented team find new jobs.

The circle of hot anonymous apps just got a lot smaller. In order for the rest of them to survive, they’ll have to convince people that anonymity can be powerful and why. As Secret’s fall shows, it might be impossible to survive on secrets alone.

Photo via jinterwas/Flickr (CC BY-2.0)