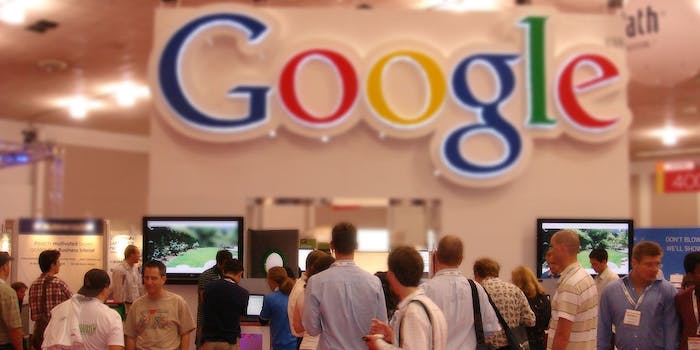 The order of search results can affect how you rate their importance, study suggests.

In the 2010 primary elections, Facebook showed us that a little subliminal messaging can go a long way.

People who saw that their friends had voted in the primaries were themselves more likely to go and vote. One study suggested that the gentle nudge led to an increase in voter turnout of 300,000 people. Cue endless handwringing articles about the newest political foe: digital gerrymandering. But are voters really so easily swayed by what they see on the Web? Possibly.

A study published on Tuesday in the Proceedings of the National Academy of Sciences found that the order of results in a Web search can sway voters in the midst of an election. That is, if the first page of a Google search contains more results in favor of a particular candidate, voters are more likely to think favorably of that candidate.

The researchers conducted three experiments where they attempted to assess the degree to which Web search results could influence voters. All the experiments followed a similar pattern where participants used an experimental Web search engine (amusingly called Kadoodle) and were randomly shown results that favored a particular candidate or neither candidate. They were assessed before and after to see whether the search engines had changed their feelings about the candidates.

The researchers saw that, across all the experiments, people tended to change their views in favor of candidates when they saw more results about that candidate on the first page of their Web search. The effect was strongest in people who were least familiar with the candidates, suggesting that Web searchers may be a powerful way to sway undecided voters. But the influence was much smaller on voters in the throes of a real election in India than it was in a simulated election carried out in the lab.

Naturally this raises some questions about the power that Google and other search-engine companies have over the minds of impressionable voters.

But the study came with some caveats. First of all, there is no way to know based on this study how long SEME lasted in the participants. Perhaps within a few hours of performing the searches, their beliefs about the candidates returned to where they were before the experiment.

The researchers also tried to assess if the participants picked up on the purpose of the experiment. But to do so, they had to steer clear of leading questions such as, “do you think the search engine results were biased?” since questions like that can lead to false positives. But that may have meant that they missed spotting some people who did catch onto the study’s purposes.

Nevertheless, they found that people who were aware of the study’s design and purpose showed a more pronounced vulnerability to manipulation.

“Notably, awareness of the manipulation not only did not nullify the effect, it seemed to enhance it, perhaps because people trust search order so much that awareness of the bias serves to confirm the superiority of the favored candidate,” the researchers wrote.

But that totally ignores an alternative interpretation: People who were aware of the study’s design tried to help the researchers find what they were looking for by responding in a way that they felt aligned with the researchers’ hypothesis. That bias is called the “good-participant role” and frequently hampers experiments such as these.

At this point it’s not totally clear how much we should worry about the ways in which the Internet may influence voters. Elections are often decided by slim margins, so even a small effect on undecided voters could lead to a major outcome in the polls. But is the Internet truly a more insidious platform for campaign tactics than anything else?

As Philip Bump points out in a 2014 Washington Post article about Facebook’s potential for digital gerrymandering, lots of factors can affect voters.

“Digital gerrymandering could swing the presidency! Of course, so could someone renting a bus and ferrying more people to the polls. So might offering doughnuts and coffee at polling places. So might hiring thousands of canvassers to knock on doors in Orlando.”

Also, now that this information is out, people can take measures to avoid falling prey to SEME. Simply taking the time to purposefully and thoughtfully research every candidate and evaluating their positive and negative attributes may help nullify the effect.