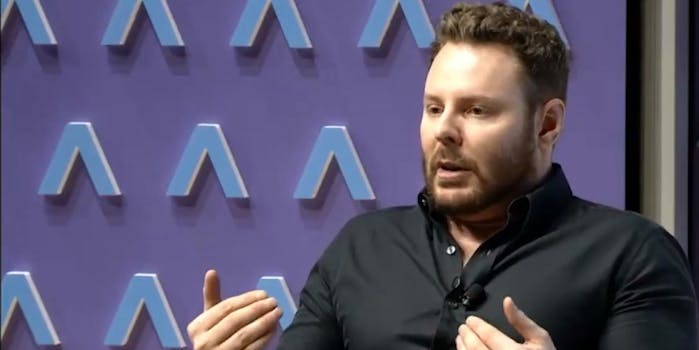 'God only knows what it's doing to our children's brains.'

Sean Parker, the co-founder of Napster and former president of Facebook, gave some terrifying insight into the power of social media in a refreshingly unfiltered interview with Axios.

The billionaire, who called himself a “conscientious objector” on social media, argued that social sites like Facebook are “exploiting a vulnerability in human psychology” by essentially holding users captive.

Parker explained that when he was working with Facebook co-founder and CEO Mark Zuckerberg on the social network the only goal he had in mind was, “How do we consume as much of your time and conscious attention as possible?” That goal was achieved using positive reinforcement. When users started contributing less, Facebook would create new features like comments and likes that provided a “dopamine hit” to re-engage them.

Former Facebook president Sean Parker hits the company for its effect on society: "God only knows what it's doing to our children's brains" pic.twitter.com/8GI0DykJGB

Parker called this cycle a “social validation feedback loop,” a method for getting people addicted to their platform. He went a step further and admitted that he, Zuckerberg, and Instagram co-founder Kevin Systrom were aware of this, but kept pushing forward anyway. He suggests it could now be the cause of increased anxiety levels in high school students.

He now recognizes the consequences of that approach. “[Social media] literally changes your relationship with society, with each other … It probably interferes with productivity in weird ways,” he said. “God only knows what it’s doing to our children’s brains.”

Parker left his position as president of Facebook in 2006 after two years but continues to serve on the board.