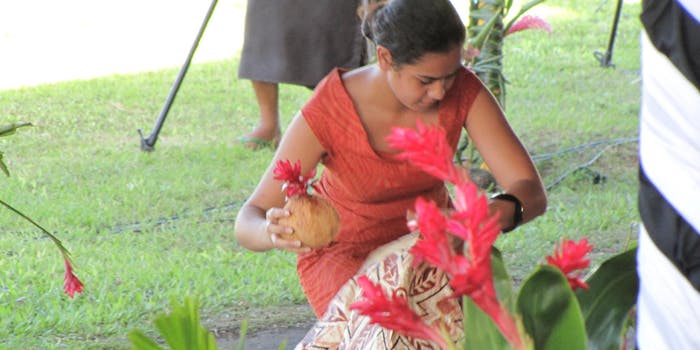 Technology is coming of age in Samoa, it seems.

Technology is coming of age in Samoa, it seems. The island nation’s government reached out to its citizens to create a 3-D mapping tool that will be used in the formulation of environmental initiatives and to help in times of natural disasters.

The map project, which was completed at the end of last month and covers an area that includes 14 villages, resulted from a workshop launched by the Samoan Ministry of Natural Resources and Environment’s (MNRE) forestry service, whose CEO called it “a decision making tool.”

The project “is an example of participatory 3D modeling (P3DM), a community-based mapping method which integrates local spatial knowledge with data on elevation of the land and depth of the sea,” according to an MNRE press release quoted in the Samoa Observer newspaper.

The MNRE brought in 80 local specialists to consult on local geography and environmental knowledge.

The technology is new, but the “local knowledge” is not. One of the appealing aspects of crowdsourcing in a project like this is the harmonious interrelationship between parts: the people and the government, generational knowledge and technology, the past and the future.

It’s of special importance to peoples who wish to retain their traditional identity without giving up participation in the wider world, not to mention coming to grips with new challenges, such as how to respond to climate change.

In fact, according to the Samoa Observer, the mapping project “is part three of four of the Integration of Climate Change Risks and Resilience into Forestry Management in Samoa (ICCRIFS Project).”

“The environment was beautiful back then but now it’s different,” village representative Vailuutau Lave said. “The 3D map gives us a better understanding of where we are and what we need to do to improve our environment. Now we can make it beautiful again by targeting locations which were affected by climate change and work on those areas.