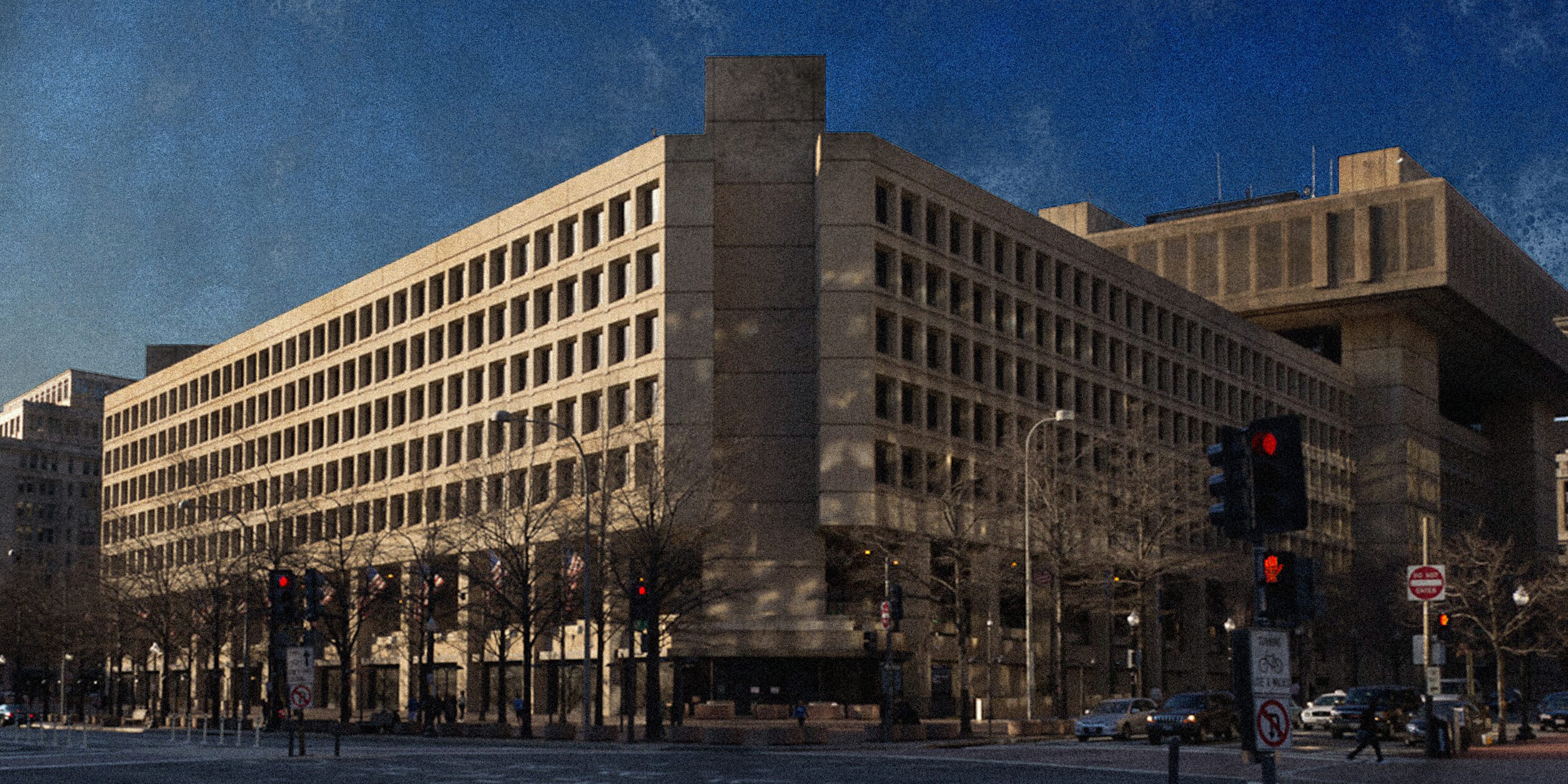 Americans are great at cooking up conspiracy theories. From the moon landing to the JFK assassination, conspiracy theories are as American as apple pie. And right now, there are two big ones: “Release the Memo” and “Find the Texts.”

The right, particularly MAGA Twitter, have found a new fountain of conspiracy theories in the work of the Trump Administration’s public enemy number one, former FBI director turned special counsel Robert Mueller. They are throwing anything they can at Mueller and his team to discredit his investigation into Russian election interference and financial impropriety by the Trump administration, including a variety of crackpot conspiracy theories that never fail to go viral on social media.

Here’s what you need to know to understand about #ReleaseTheMemo and #FindTheTexts.

What are Release the Memo and Find the Texts?

Supposedly, House Intelligence Committee Chair Devin Nunes has spent the last month putting together a memo that would sink Mueller’s investigation. The only confirmed detail we have so far about the memo is that it will accuse the FBI of FISA abuses in obtaining a wiretap warrant for an unnamed Trump Administration official (likely Carter Page). There are also whispers that the memo aims at discrediting the Steele Dossier, which you may remember as the source purporting the existence of the so-called pee tape. Democrats and legal experts say that the memo was selectively written to make it seem as though the Steele Dossier is the sole reason for the warrant issued for Page, and that the Steele Dossier itself lacks credibility. Republicans, for their part, have been rather secretive about exactly what is in the memo. On Monday, the Daily Beast reported that the FBI had not even seen the memo.

Once Nunes started making noise about the memo, the far right propaganda apparatus sprung into action. Members of the Freedom Caucus announced they were “shocked” by what they found in the memo. One Tea Party congressman went as far as to say that the memo was the only hope for “preserving our democracy.” Like clockwork Sean Hannity kicked off last Thursday’s show by calling the memo situation “worse than Watergate.” Donald Trump Jr. even got in on the act.

This got the right wing Twitterati going. By stating that they had bombshell information but not actually articulating what the information might be, the GOP energized the conspiracy fringe of their base. Various Twitter accounts started “connecting the dots” between Mueller and all of their various favorite conspiracy theories, from Cater Page to Huma Abedin. Though at most, the memo simply alleges abuse of FISA courts—courts that have vast, largely unchecked surveillance powers that were just renewed through bipartisan legislation, so their powers are kind of hard to abuse—that didn’t stop MAGA Twitter from making their feeds great again.

In addition to self-style red-blooded patriots, AP reports that Russian bots are also getting in on the #ReleasetheMemo action. The Hamilton 68 Dashboard, which monitors Russian bot activity, found that this was among the most popular hashtags in their history. The Wikileaks’ Twitter account also got involved, offering to pay Twitter users who post the hashtag.

However, it is important to note that while Russians and Wikileaks are getting involved, the bulk of the #ReleasetheMemo action is being driven by red-blooded Americans. On Tuesday, the Daily Beast reported that the bulk of social media activity is still coming from right-wing partisans hungry for a conspiracy.

While there is an argument to be had over whether the memo contains any true or useful information, there is an even more basic issue at play here. The Republicans control the House, Senate, and the White House, and could release the memo whenever they want. The Intercept’s Glenn Greenwald tried to break this down simply on Twitter.

Dear conservatives: you cannot fall for this fraud they're perpetrating on you. They want you to focus on a memo that *only they* (Trump & GOP leaders) have the power to let you see. The only reason you can't see it is because they're concealing it. You must realize this, right? https://t.co/QQU16vcfZp

One last point: a memo authored by Devin Nunes is totally useless no matter how inflammatory the assertions are if they are unaccompanied by underlying, verifiable corroboration

The reason that the Republicans haven’t released the memo, it seems, is that the document might be more powerful as fuel for speculative fire than for any information that might be contained within it. Rep. Adam Schiff (D-CA) echoed that view last week when he said that the memo was little more than “talking points.” If that’s true, refusing or delaying the release it is likely far more effective as red meat to stir up Trump’s base than anything the actual memo might contain.

As debate over the memo and its contents continues in Congress, the conspiracy theories around it have only grown. Predictably, InfoWars got in on the action, claiming they had obtained the memo. They did not actually obtain the memo.

On Sunday, Senator Ron Johnson (R-WI) released a letter adding fuel to the anti-Mueller fire. In it, Johnson alleged that five months worth of texts between FBI senior counterintelligence agent Peter Strzok and FBI lawyer Lisa Page are missing. Page and Strzok have made headlines in recent months because they texted each other that they would prefer Hillary Clinton win the election over Donald Trump, and subsequently had some involvement in Mueller’s investigation.

Normally, it isn’t news if two government employees privately share their political preferences, but Republicans are grasping at anything they can to attack Mueller. The texts between Page and Strzok are particularly appealing to Republicans because the two were engaged in an extramarital affair at the time.

Strzok was reassigned from Mueller’s team months ago and Page only worked on the investigation for a short time, but that hasn’t stopped conservatives from going back to the well in hopes finding more anti-Mueller fodder. The call “Find the Texts” took off in much the same way as “Release the Memo.” Breitbart ran a headline about the supposed missing texts. Right-wing Twitter took the article as marching orders and started talking up the issue. Shortly after Johnson released his statement, we started to see the two hashtags in concert.

As with the “Release the Memo” conspiracy, the connections to various and sundry other conspiracy theories ballooned from there. Connections to IRS official Lois Lerner, who was the target of Republican ire in 2013, and Hillary’s emails quickly started to float around in conjunction with #FindtheTexts.

And if you are wondering where the Illuminati angle is an all this, well, numerous congressmen are alleging there was a secret society within the FBI.

What is particularly interesting about the recent rash of conspiracy theories isn’t how they spread: the usual suspects of the right-wing blogosphere, bots, and MAGA TCOTs are to blame. What is novel is who they are targeting. The right—often self-styled allies of “the troops” and by extension, the intelligence community that “keeps America safe”—have found an enemy in the FBI because Mueller has found an enemy in Trump. Two conservative tendencies are at odds: trusting the surveillance state and distrusting Democratic opponents.

As the right-wing hive mind continues to churn out conspiracy theories attacking the intelligence community, it remains to be seen if there will be a breaking point. Is there a way that Breitbart, the Daily Caller, and right-wing Twitter could overplay their hand, taking their critique of the “Deep State” too far for self-styled patriots? Bush-era conservatives like David Frum have already strenuously objected to the MAGA attacks on the FBI; will Trump’s base eventually draw the line at attacking our intelligence institutions?

We’ll just have to wait and see what happens if they release the memo or find the texts.