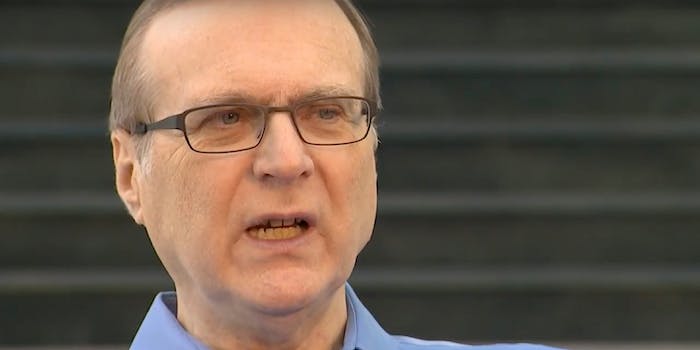 In a statement posted to Twitter, Microsoft CEO Satya Nadella said Allen’s contributions to the company and the tech industry are “indispensable.”

“As co-founder of Microsoft, in his own quiet and persistent way, he created magical products, experiences and institutions, and in doing so, he changed the world,” Nadella said.

Statement from Microsoft CEO Satya Nadella on the passing of Paul Allen: pic.twitter.com/1iLDLenLKz

Allen and Bill Gates, his childhood friend, started Microsoft together in 1975. Allen left the company in 1983 as he faced Hodgkin’s lymphoma but remained on the board until 2000. He was also known for investments made through his company Vulcan Inc., the efforts of his organization Paul G. Allen Philanthropies, and as the owner of the Portland Trail Blazers and Seattle Seahawks.

My brother was a remarkable individual on every level. While most knew Paul Allen as a technologist and philanthropist, for us he was a much loved brother and uncle, and an exceptional friend.

Paul’s family and friends were blessed to experience his wit, warmth, his generosity and deep concern. For all the demands on his schedule, there was always time for family and friends. At this time of loss and grief for us – and so many others – we are profoundly grateful for the care and concern he demonstrated every day.

Tributes for Paul Allen poured in on Twitter as the news of his death circulated.

We lost a great technology pioneer today – thank you Paul Allen for your immense contributions to the world through your work and your philanthropy. Thoughts are with his family and the entire Microsoft community.

RIP Paul Allen. Gone way too soon. Thank you so much for your many contributions to society and to the sports world pic.twitter.com/7ITQuHpAMT

RIP to the man in charge of it all, Mr. Paul Allen. I hope we sent you out with high praises with our victory yesterday in London. You with the most high now, no more pain required.

Paul Allen stands as a giant in Washington history for the genius vision that was so important to creating Microsoft with Bill Gates. That he went on to do so much more for our state, nation and the world puts him in rarefied company.