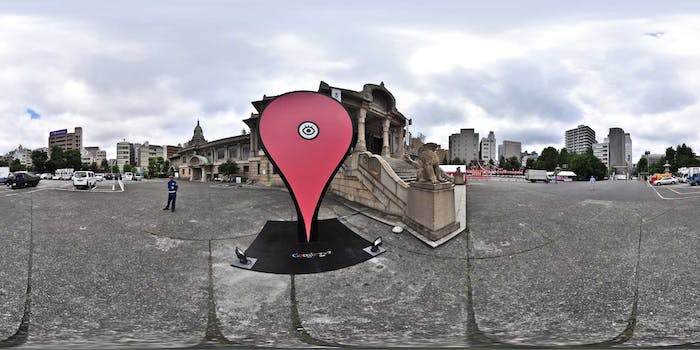 Has Google failed to recognize Palestine?

Google has found itself latched in a crossfire after the internet astutely observed that “Palestine” is nowhere to be seen on Google Maps.

Well, the country can be located, but only after it is led to a region solely labeled as “Israel“—with territories like Gaza maintaining a label—and it pulls Google into the heart of the Israeli-Palestinian conflict.

Though the phenomenon has gained substantial traction in the last few days, Google Map’s decision not to label Palestine is not new news.

The months-old Change.org petition by Zak Martin, GOOGLE: Put Palestine On Your Maps!, has garnered more than 220,000 supporters, with a mountain of signature rises in the last few days following an online statement by the Palestinian Journalists’ Forum on Aug. 3.

Martin’s campaign states, “Whether intentionally or otherwise, Google is making itself complicit in the Israeli government’s ethnic cleansing of Palestine,“ and it hopes to raise 300,000 signatures to earn Palestine a spot on the map. The PJF condemned Google for what it believes is a “crime” of  “deleting the name of Palestine” and “falsifying history” on July 25.

But according to Elizabeth Davidoff, Google’s communications manager, Palestine was never marked in the first place. “There has never been a ‘Palestine’ label on Google Maps,” Davidoff told the Daily Dot. “However we discovered a bug that removed the labels for ‘West Bank’ and ‘Gaza Strip.’ We’re working quickly to bring these labels back to the area.”

Google’s basemap data—which includes information like place names, borders, and road networks—comes from a combination of third-party providers and public sources. This helps Google produce a comprehensive map, but it also means the amount of data can vary from place to place.

Google said it would be happy to study other potential data sources to determine if they’re of good enough quality to bring to the map.

Whether Google tinkered with its geographic labeling or Palestine was never given a title in the first place, the internet has caught on. Many Twitter users are expressing indignation and are unforgiving of Google’s decision. #PalestineIsHere has made its way to a trending hashtag, exhibiting solidarity with the country and delegitimizing Google Maps as a source.

Shame on you @google ! How dare you to support Israil and erase Palestine from @googlemaps ! #PalestineIsHere

Palestine exists; our history, culture and our grandparents are all older than Israel itself and Google cant erase that #PalestineIsHere

so google completely removed palestine from google maps. I love how normalized erasure and stealing land is in 2016 pic.twitter.com/nS5E95p4D1

Others have expressed that the lack of labeling is not unjust, debating with activists on Palestine’s placement on the map overall.

There is no such thing as Palestine in history. Palestine was a hoax fabricated by Muslims #Taqiyya #WeSeeYou https://t.co/AZMlJBo6LZ

This is not the first time Google Maps has flirted with its treatment of borders and boundaries. The website Disputed Territories catalogs Google’s dealings of controversial land and territorial disputes by showing how different regions look depending on who’s trying to locate them.

Much of the debate and conflict lies deep within the confines of historical, political, and geographical unrest. It may not be the case that Google Maps wiped Palestine off the map, but as one of the world’s top go-to GPS navigations, it holds accountability as to how the world interprets states, nations, and our overall worldview.