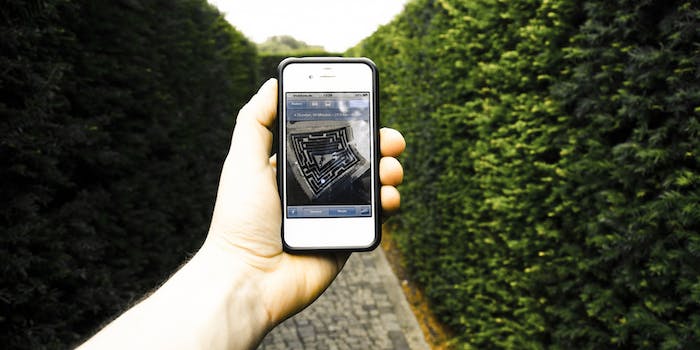 The ACLU is going into the ring for another round.

A panel of federal judges will hear arguments today in a lawsuit brought by the American Civil Liberties Union (ACLU) that challenges the constitutionality of the National Security Agency’s (NSA) collection of American phone records.

Tuesday’s hearing at the Second U.S. Circuit Court of Appeals in New York marks the first time the NSA’s indiscriminate collection of Americans’ phone records is considered by an appeals court. Last December, the ACLU’s challenge was dismissed by a U.S. District judge, who considered the collection program necessary to protect U.S. national security.

Phone records collected by the NSA on daily basis, known as metadata, includes the identities of callers, the duration of calls, when calls are placed and, in some cases, the physical locations of the callers themselves.

The ACLU’s complaint charges that the NSA routinely violates the privacy of U.S. citizens, protected under the Fourth Amendment. Further, the group argues that the collection program detrimentally impacts the First Amendment rights of free speech and association.

Additionally, the lawsuit—formally titled ACLU vs. James Clapper—claims that the NSA’s collection program exceeds the authority of the law that enables it: Section 215 of the U.S. Patriot Act.

“The Patriot Act’s Section 215 … allows the FBI to obtain secret court orders from the [Foreign Intelligence Surveillance Court] FISC compelling third parties to produce ‘any tangible thing’ that is ‘relevant’ to foreign intelligence or terrorism investigations,” the ACLU said in a statement. “Whatever Section 215’s ‘relevance’ requirement might allow, it does not permit the government to cast a seven-year dragnet sweeping up every phone call made or received by Americans.”

The existence of the NSA’s collection program was brought to light by journalist Glenn Greenwald at The Guardian newspaper in June 2013. His report, which relied on top secret documents provided by former NSA systems analyst Edward Snowden, revealed the NSA’s domestic spying activities. Specifically, it exposed a secret court order, issued by FISC, that required Verizon Business Network Services to provide the intelligence agency with access to otherwise private details about phone calls placed inside the U.S.

Top U.S. intelligence officials, such as Sen. Dianne Feinstein (D-Calif.), chairman of the Senate Select Committee on Intelligence, and Director of National Intelligence James Clapper, who is named in the lawsuit, have argued that collecting metadata does not constitute surveillance at all, because it does not, they claim, give the NSA access to intimate details about Americans.

In Greenwald’s latest book, No Place to Hide, he lays out an opposing argument regarding metadata collection, relying on a plausible hypothetical:

“Listening in on a woman calling an abortion clinic might reveal nothing more than someone confirming an appointment with a generic-sounding establishment (‘East Side Clinic’ or ‘Dr. Jones’s office’). But the metadata would show far more than that: it would reveal the identity of those who were called. The same is true of calls to a dating service, a gay and lesbian center, a drug addiction clinic, an HIV specialist, or a suicide hotline. Metadata would likewise unmask a conversation between a human rights activist and an informant in a repressive regime, or a confidential source calling a journalist to reveal high-level wrongdoing.”

Princeton Computer Science Prof. Edward Felten, writing on behalf of the ACLU, further supports this assertion that metadata is, in fact, more revealing than the contents of an individual phone call or email, allowing the NSA to gather “sensitive details about our everyday lives.” He writes:

“Sophisticated computing tools permit the analysis of large datasets to identify embedded patterns and relationships, including personal details, habits, and behaviors. As a result, individual pieces of data that previously carried less potential to expose private information may now, in the aggregate, reveal sensitive details about our everyday lives—details that we had no intent or expectation of sharing.”

Felten goes on to explain why metadata is less difficult to analyze than conversations:

“Assuming that a call is transcribed correctly, the government must still try to determine the meaning of the conversation: When a surveillance target is recorded saying ‘the package will be delivered next week,’ are they talking about an order they placed from an online retailer, a shipment of drugs being sent through the mail, or a terrorist attack? Parsing and interpreting such information, even when performed manually, is exceptionally difficult.”

Felter further adds a hypothetical of his own, similar to Greenwald’s:

“A young woman calls her gynecologist; then immediately calls her mother; then a man who, during the past few months, she had repeatedly spoken to on the telephone after 11pm; followed by a call to a family planning center that also offers abortions. A likely storyline emerges that would not be as evident by examining the record of a single telephone call.”

A 2008 challenge to warrantless government wiretapping brought forward by the ACLU was dismissed in February 2013 because the plaintiffs couldn’t prove that they had been spied on. That was before Snowden revealed the NSA’s collection program to the public, however.

“The ACLU does not believe the issue of standing to be a problem in ACLU v. Clapper because of the FISC order showing that the NSA is collecting the telephone records of all Verizon Business customers—including the ACLU,” the organization said.

All court documents relevant to the ACLU’s lawsuit are available here.

Update: You can watch the full oral arguments in ACLU v. Clapper on CSPAN, here.