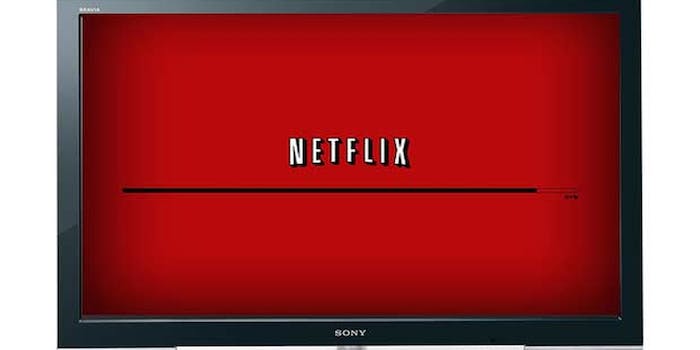 Now you can finally watch House of Cards.

If you’ve been putting off watching House of Cards because you don’t have Netflix, you may want to reconsider. The company is tempting new subscribers by dropping the price of a streaming subscription.

For $6.99 a month, new Netflix customers can stream standard definition movies and TV to one screen. The move to create a cheaper price tier looks to be part of Netflix’s plan to discourage password sharing and entice moochers to sign up for their own accounts.

Netflix had a banner year in 2013, surpassing HBO in viewership on its way to 40 million users. But original content like House of Cards and Orange Is The New Black, which helped grow Netflix’s streaming subscriber base, doesn’t come cheap. Neither do content deals for TV and movies from major studios.

If you’re a current subscriber hoping to save money on streaming, though, you’re likely out of luck.

Adweek reported that a tipster who already had Netflix tried to get the lower price, but was turned down. A Netflix customer service rep told the tipster the lower price will likely be made more widely available in the future.

Another source at the company was more circumspect, saying, “We always are testing new things and this is a test for a $6.99 single stream plan. Not all people will see this option and it may not be something we ever offer generally.”

Netflix currently charges $7.99 to watch on two screens in high definition. A $12 plan will let you stream on up to 4 devices.