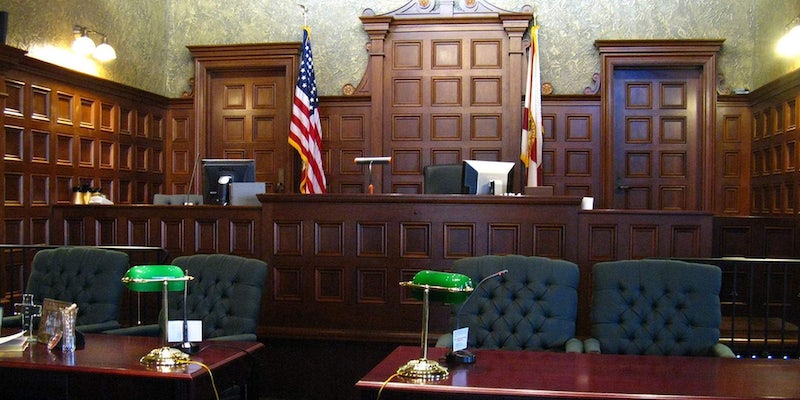 The telecom industry on Monday launched its first legal salvo in the brewing war over net neutrality.

USTelecom, an industry group, and Alamo Broadband, a Texan ISP, filed the first two lawsuits challenging the legality of the FCC‘s Feb. 26 reclassification of the Internet as a public utility. By reclassifying the Internet that way, the FCC can use Title II of the Communications Act to prevent ISPs from blocking websites, throttling online services, and engaging in other harmful actions.

“The American people reasonably expect and deserve an Internet that is fast, fair, and open,” FCC Chairman Tom Wheeler said earlier this month when he announced the release of the full text of the commission’s net neutrality rules. “Today, they get what they deserve: strong, enforceable rules that will ensure the Internet remains open, now and in the future.”

The lawsuits by USTelecom and Alamo Broadband are only the first of many expected legal challenges in what could be a years-long battle over whether the FCC has the authority to act in this way.

“The focus of our legal appeal will be on the FCC’s decision to reclassify broadband Internet access service as a public utility service after a decade of amazing innovation and investment under the FCC’s previous light-touch approach,” USTelecom spokesperson Jon Banks said in a statement. “As our industry has said many times, we do not block or throttle traffic and FCC rules prohibiting blocking or throttling will not be the focus of our appeal.”

It was widely expected that USTelecom—made up of broadband Internet giants like AT&T, CenturyLink, and Verizon—or one of its fellow telecom trade groups would file the first lawsuit challenging the net neutrality rules.

Companies like Verizon and AT&T regularly go before the FCC for business unrelated to the reclassification move, participating in auctions to access larger portions of the wireless spectrum or seeking approval of corporate mergers. Filing a suit directly could poison the relationship between the companies and the regulatory agency, which is why Verizon and its fellow telecoms have pushed for legal action through third-party groups like USTelecom.

Alamo Broadband’s made largely the same argument as USTelecom, saying in its court filing that the reclassification order was “in excess of the Commission’s authority,” “arbitrary, capricious and an abuse of discretion within the meaning of the Administrative Procedure Act,” “contrary to constitutional right,” and “otherwise contrary to law.”

Although telecom industry analysts expected lawsuits such as these, they did not expect them so soon. While the FCC approved its net neutrality order in late February and published the full text earlier this month, the rule has yet to be placed in the Federal Register. The rule does not take effect until 60 days after it enters the register

That 60-day mark is generally considered the starting gun for lawsuits challenging the legality of federal rules. Only then is a judge likely to consider such a challenge “ripe” for intervention.

USTelecom said in its filing that it elected to sue earlier “out of an abundance of caution…in case the FCC’s Order…is construed to be final on the date it was issued (as opposed to after the Federal Register publication, which USTelecom believes is the better view).”

In a statement to the Verge, an FCC spokesperson predicted that the lawsuits would be unsuccessful.

“We believe that the petitions for review filed today are premature and subject to dismissal,” the spokesperson said.

In addition to industry lawsuits, the FCC’s net neutrality rules face threats from Congress, where Republican lawmakers are considering bills to overturn or weaken the new rules and even overhaul the FCC’s entire regulatory process.

Republicans in the House of Representatives recently introduced the Internet Freedom Act, which would not only reverse the reclassification order but also preclude the FCC from making any similar moves in the future. An analysis by the Daily Dot found that the bill’s 32 sponsors have received over $2 million in donations from the telecom industry over the past decade.

H/T The Washington Post | Photo by Clyde Robinson/flickr (CC BY 2.0)