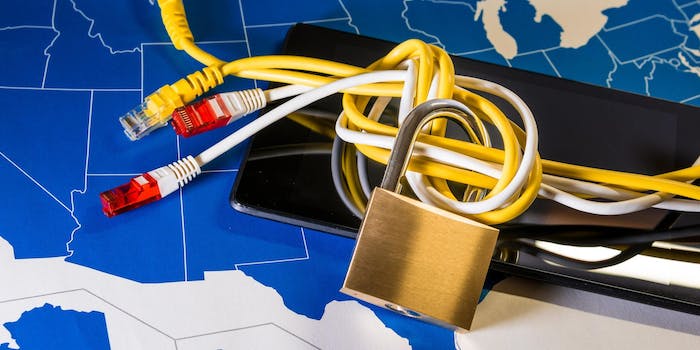 If net neutrality still existed, here’s how coronavirus could have played out

Experts say the FCC's net neutrality repeal has hindered what they can do during the coronavirus pandemic.

The Federal Communications Commission (FCC) has made efforts to keep Americans connected to the internet during the coronavirus pandemic, but experts say its controversial decision to repeal net neutrality rules has handicapped the agency from doing more.

Americans have been social distancing, with non-essential businesses and schools transitioning to remote work and schooling, making access to the internet absolutely critical. Because of this, the pandemic has underscored the country’s digital divide problem. Keeping those with access connected has become one of the more public-facing issues the FCC has grappled with in recent months.

In 2017, much of the focus on the FCC’s net neutrality repeal centered on the “bright line” rules of prohibiting blocking, throttling, and paid prioritization of content online. But there was more to the repeal: the FCC essentially abdicated its authority over regulating broadband with its decision.

Like nearly everything else in the net neutrality debate, the FCC’s decision as part of the repeal to reclassify broadband carriers as information services and not telecommunications services under Title II of the Communications Act looms large.

If it hadn’t, America could be handling this epidemic much differently.

As the pandemic has unfolded, the FCC has taken some actions to keep Americans online. They’ve tweaked requirements for programs like Lifeline and E-Rate, which help lower-income Americans get connected.

But their most high-profile action has been having internet service providers (ISPs) and telephone providers sign a pledge to keep people connected.

The “Keep Americans Connected” pledge is non-binding, and it asks providers not to terminate customer service if they are unable to pay bills, waive late fees, and open Wi-Fi hotspots to anyone who needs them.

More than 700 companies signed the pledge—although reports have suggested that Americans are still be disconnected.

The FCC’s pledge serves as a good example of what position the agency’s net neutrality repeal has put them in during the coronavirus pandemic, experts say.

With Title II authority, the FCC wouldn’t need to ask for a pledge.

“We’re talking about what the FCC did to itself. By reclassifying broadband as an information service and taking broadband out of Title II, it took any ability for the FCC to enforce its pledge and any other promises the ISPs might make,” Gigi Sohn, a distinguished fellow at the Georgetown Law Institute for Technology Law & Policy and former FCC counselor, told the Daily Dot. “They have no power to require anything of the broadband ISPs. They can only ask or beg, and that’s what they’ve been doing.”

It isn’t just experts who have called on the FCC to do more—numerous lawmakers have urged the agency to boost its programs for lower-income Americans.

The debate over Title I and Title II of the Communications Act has been central to the views surrounding net neutrality for decades. Essentially, Title II gives the FCC more regulatory control over providers and classifies them as common carriers.

But with that stricter regulatory authority, experts say, the FCC would be able to require things of broadband providers rather than just ask.

Matt Wood, the vice president of policy and general counsel at Free Press, said the net neutrality repeal—to his organization—was “never just about nondiscrimination rules” and pointed specifically to the “just and reasonable” portion of Title II.

“The key language to us is in the first two sections of Title II—section 201 and 202—that’s where the FCC’s power to not just to prevent discrimination, but to require ‘just and reasonable’ service comes from,” Wood said. “Utility regulation is something of a loaded term in [Washington D.C.]. But it’s exactly what we’re talking about here. Not the full scope of all the regulations that once applied to the phone network, but what do we need the FCC and any kind of governmental actor to do to step in and make sure that in times of crisis the system still works?”

The idea of the government stepping in to require private businesses to help during a crisis is not unprecedented. President Donald Trump invoked the Defense Production Act earlier this year in response to the pandemic. The act allows the president to require industries to provide “essential materials and goods needed for the national defense,” according to the Congressional Research Service.

Besides signing the “Keep Americans Connected Pledge,” many carriers have told customers they would not shut down their service during the pandemic—although there have been reports of issues cropping up. Several carriers also extended their pledge beyond the initial one put together by the FCC.

But with Title II authority it would remove any need to hope that providers adhere to the wishes of the FCC, according to experts.

“What could we do with Title II authority now? Certainly the power of a regulator to require, demand, things of carriers is important when you need to take action quickly,” Chris Lewis the president and CEO at Public Knowledge, a non-profit internet rights organization, told the Daily Dot. “So right now, they are collecting voluntary information about how the networks are running, but under Title II you’d hope they would have much stronger power to really access how networks are doing completely, not just the companies that are voluntarily bringing forward reports.”

Lewis continued, adding that having Title II authority over the last few years would have increased the “confidence” of the FCC to take action now, and that under Title II, broadband providers would have to give notice if networks went down, with expectations for them to go back up.

“Chairman Pai has openly said he does not have authority over broadband networks,” Lewis said. “So it leaves him in this situation where he understands the importance of communications in an emergency, but he doesn’t have the statutory authority available to take action other through voluntary means. It’s unfortunate.”

After the FCC repealed net neutrality in 2017, a coalition of businesses, digital rights groups, and states banded together to file a lawsuit against the agency arguing that the repeal was unlawful.

Part of the arguments against the repeal centered on public safety—with the case of California firefighters being throttled by Verizon as they were trying to battle devastating wildfires at the center of the argument.

The throttling—which Verizon later admitted was a mistake—slowed the fire department’s data rates to just one two-hundreths of what it usually was. Santa Clara County Fire Chief Anthony Bowden claimed in 2018 that the throttling “severely interfered” with the department’s “ability to function correctly.”

“Dated or stale information regarding the availability or need for resources can slow response times and render them far less effective,” Bowden wrote in a declaration supporting the suit that details the department’s experience with Verizon. “Resources could be deployed to the wrong fire, the wrong part of a fire, or fail to be deployed at all. Even small delays in response translate into devastating effects, including loss of property, and, in some cases, loss of life.”

In October last year, the United States Court of Appeals for the District of Columbia Circuit largely upheld the FCC’s repeal but remanded parts of it—asking the the agency to seek comment about how the repeal would effect public safety.

Until just recently, the FCC was still getting comments on that portion—with many members of the public clearly telling the agency it supports net neutrality.

While the firefighters getting throttled got the spotlight during the arguments—the coronavirus has once again shown how public safety factors into the net neutrality repeal, experts said.

One of those comments the FCC was forced to gather as part of its repeal—from Public Knowledge, Access Humboldt, Access Now and the National Hispanic Media Coalition—specifically argued that the FCC’s repeal hindered their response to the coronavirus.

“The broad authority given to the FCC under Title II, even if sometimes held in reserve, could be an important part of dealing with the current crisis or even ones to follow,” the group’s comment read.

Meanwhile, in a separate filing, Free Press said the FCC “sacrificed a critical tool for promoting public safety” in its decision to revert away from Title II.

“Without Title II, the Commission has abandoned its clear authority to prevent broadband internet access service providers’ blocking, throttling, or de-prioritizing the only connection people in impacted communities may have for information in the aftermath of a disaster,” it reads.

Sohn, the fellow at the Georgetown Law Institute for Technology Law & Policy and former FCC counselor, told the Daily Dot public safety was an important part of the arguments against the FCC’s repeal, adding that the agency’s “first job” is to “make sure the public is protected.”

“It’s not a matter of the police, firefighters, EMTs needing unrestricted bandwidth to get to you or I. They’re not using consumer-grade broadband to do that, they have enterprise. But you and I need to get the fire department, the police and the EMTs … You and I and all of our friends—and people who come down with the coronavirus—they need to have unfettered access to the first responders. People forget the two-way nature of it.”

Wood, of Free Press, said during a non-crisis time the Title II authority the FCC could have wouldn’t be a “snap your fingers” kind of thing, it would have a process for requiring broadband providers to follow the requirements they wanted.

However, Wood said he could envision a speedier process given the circumstances the United States finds itself in amid the coronavirus.

“This isn’t some sort of magical reality where if the FCC says ‘restore service,’ that would mean service would be resorted. It’s really about the incentives, and enforcement powers, and what can they do if a carrier fails or if they drag their feet?” Wood told the Daily Dot. “Do they require service or again are we just in this mode of the government can ask companies to nice things or ‘shoulder shrug, what are we going to do about it?'”