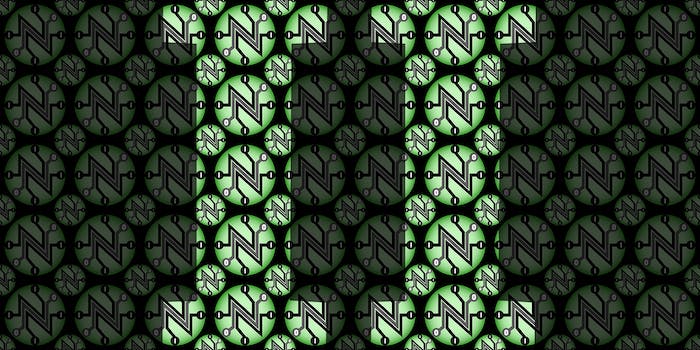 Title II is the key to net neutrality—so what is it?

Here's everything you need to know about Title II, the provision that gives net neutrality teeth.

What happens in the next month will go a long way to determining the future of the internet. By now, you probably know what’s at stake: net neutrality, or, as some call it, the open internet.

On Dec. 14, the Federal Communications Commission will decide what the future of the internet looks like. And if you ask critics of the current FCC leadership, it looks like a nightmare.

At the core of this debate is Title II of the Communications Act of 1934. Title II is the legal foundation on which the FCC enacted the Open Internet Order of 2015, which established rules for internet service providers (ISPs) regarding net neutrality.

Net neutrality is a core principle of the internet, which dictates that ISPs treat all data delivered to customers equally. This means they may not block content, throttle content, nor speed up content for companies that pay for faster delivery to customers. In practice, net neutrality puts all internet content on the same level playing field. It means Netflix can’t get an advantage over Amazon’s Prime Video by paying ISPs to stream their videos at a faster rate, and it keeps ISPs from breaking up the internet into packages like cable providers do with television.

In short, net neutrality means your internet connection is a “dumb tube” connecting you to everything online, from Facebook to your cousin’s blog.

Here’s what you need to know about Title II, net neutrality, and the potential future of the internet.

What is Title II?

Title II of the Communications Act concerns something called “common carriers,” which also covers utilities like landline phones and electricity. The 2015 Open Internet Order reclassified broadband internet service under Title II (it was previously classified under Title I as an “information service), which provided the legal basis for the FCC to enforce net neutrality rules.

Not all of Title II applies to ISPs, however. Using a process called “forbearance”—selectively choosing to not enforce sections of Title II that don’t apply to broadband—the FCC aimed to impose “light-touch” regulations on ISPs by excluding some 700 regulations under Title II, such as the ability to set prices or impose new taxes. As the Open Internet Order reads:

Today, our forbearance approach results in over 700 codified rules being inapplicable, a ‘light-touch’ approach for the use of Title II. This includes no unbundling of last-mile facilities, no tariffing, no rate regulation, and no cost accounting rules, which results in a carefully tailored application of only those Title II provisions found to directly further the public interest in an open Internet and more, better, and open broadband. Nor will our actions result in the imposition of any new federal taxes or fees; the ability of states to impose fees on broadband is already limited by the congressional Internet tax moratorium. This is Title II tailored for the 21st century.

With the FCC’s net neutrality regulations backed by the authority under Title II, ISPs are forbidden from blocking or throttling data, and from enacting “paid prioritization” offerings. Paid prioritization is a subversion of net neutrality through allowing ISPs to discriminate between websites’ data. If allowed, ISPs could charge content providers—the most common example being Netflix—to deliver data to customers through a so-called “internet fast lane.”

Why is Title II so important for net neutrality?

Essentially, without broadband providers being classified as common carriers under Title II, the FCC would lack the legal authority to enforce net neutrality rules against block, throttling, and paid prioritization.

This is the result of a January 2014 court decision in Verizon v. FCC when a federal appeals court struck down key parts of the FCC’s Open Internet Order of 2010. As the court’s ruling states, “the Commission had failed to cite any statutory authority that would justify its order compelling a broadband provider to adhere to open network management practices.”

The ruling was a blow to net neutrality, however: It left the door open for the five-member FCC to write new rules to fortify the open internet. This is what eventually led to the FCC voting 3-2, along party lines, to enact the Open Internet Order of 2015 and reclassify broadband under Title II.

What’s the argument against Title II?

It mostly comes down to money—although Title II opponents often frame their argument as a pushback against government regulation. Basically, those who want to rid ISPs of Title II reclassification say that it’s hurting the ISP business, which results in less investment in their internet infrastructure.

FCC Chairman Ajit Pai, who voted against the 2015 Open Internet Order, laid out his reasoning for rolling back the Title II reclassification in a recent op-ed for the Wall Street Journal. He writes:

This burdensome regulation has failed consumers and businesses alike. In the two years after the FCC’s decision, broadband network investment dropped more than 5.6 percent—the first time a decline has happened outside of a recession. If the current rules are left in place, millions of Americans who are on the wrong side of the digital divide would have to wait years to get more broadband.

The effect has been particularly serious for smaller internet service providers. They don’t have the time, money or lawyers to cut through a thicket of complex rules. The Wireless Internet Service Providers Association, which represents small fixed wireless companies that generally operate in rural America, found that more than 80 percent of its members ‘incurred additional expense in complying with the Title II rules, had delayed or reduced network expansion, had delayed or reduced services and had allocated budget to comply with the rules.’ They aren’t alone. Other small companies have told the FCC that these regulations have forced them to cancel, delay or curtail upgrades to their fiber networks.

To free ISPs from the burdens of Title II, Pai aims to revert to the Title I classification, which would basically put things back the way they were prior to the 2015 Open Internet Order, at least in terms of regulations. It’s what the ISPs might do with their newfound freedom that has open internet advocates concerned.

What will happen if the FCC overturns Title II reclassification?

The short answer is, nobody really knows—but it’s the possibilities that have people worried.

The most drastic consequence is that ISPs begin offering tiered internet service that limits customers’ access to content—not just to faster service. In other words, your ISP charges you extra to access additional websites and services. This graphic, which has been circulating online since 2009, illustrates what that might look like.

In fact, there is at least one example of this so-called “nightmare scenario” coming to fruition. Portugal does not have net neutrality regulations on the books, and ISPs in the European country have taken full advantage by breaking up their internet access into plans that mimic what you might see for cable television in the U.S.

In Portugal, with no net neutrality, internet providers are starting to split the net into packages. pic.twitter.com/TlLYGezmv6

In effect, this would end the open nature of the internet as we know it, with any type of internet connection giving you access to everything the internet has to offer.

The future of the internet and Title II net neutrality rules

The only thing that could stop this is Congress passing a law codifying the current net neutrality rules, which would prevent the FCC from overturning them. But with both houses of Congress also controlled by Republicans, who tend to be averse to government regulations, that plan is unlikely.

What is more likely is that the FCC overturns the net neutrality rules, and internet freedom advocacy groups like the American Civil Liberties Union and the Electronic Frontier Foundation challenge the new FCC proposal in court, which could delay any changes from truly taking place for months or even years.