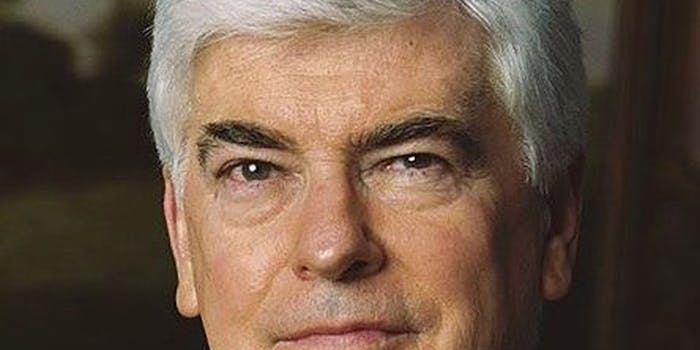 Hollywood planning a second SOPA for 2013

Will the new bill be milder, or more mildly packaged?

If a few remarks by Chris Dodd are to be believed, the next version of the Stop Online Piracy Act, whatever that might look like, will likely come in early 2013.

Dodd, the CEO of the Motion Picture Association of America—Hollywood’s lobbying arm, as well as a major proponent and lobbying agent for SOPA—was quoted Saturday referencing his eagerness to directly lobby Congress for a new copyright bill on the MPAA’s behalf.

“I can’t say anything to them about this for another seven months, but I think my colleagues understand how important this is,” he said in an interview with Variety.

Dodd has to wait until January to personally lobby members of Congress. For 30 years, until he assumed leadership of the MPAA in 2011, he was a U.S. Senator from Connecticut. Ethics regulations prohibit him from making deals with Washington until two years after his departure.

The only other hint Dodd left about the next SOPA is that the MPAA will no longer try and equate Web piracy with physical theft, a notion widely mocked online.

“We’re going to have to be more subtle and consumer-oriented,” he said. “We’re on the wrong track if we describe this as thievery.”

It’s unclear if Dodd is interested in a much milder form of combating web piracy, or if he’s interested in similar legislation that would simply be less likely to rile up the public.

He did, at least, note that he was caught off guard by the public’s voracious opposition to SOPA and its sister bill, the Protect IP Act. “My learning curve about understanding this industry is still climbing,” he said.

How much he meant to reveal about the MPAA’s next legislative push is unclear. The organization refused to comment on this story.