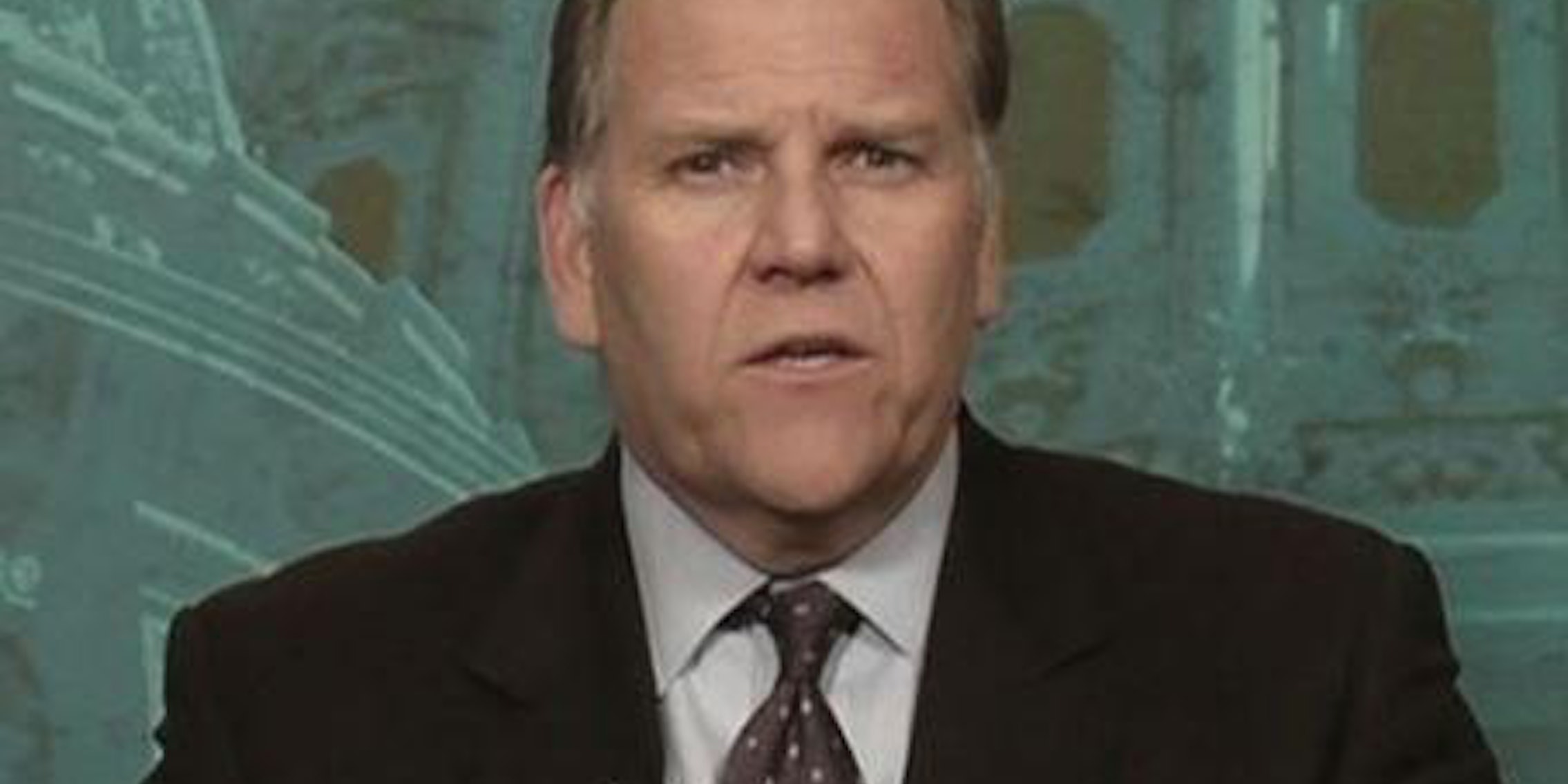 Whenever Rep. Mike Rogers tweets about his controversial cybersecurity bill, he's donating to the people campaigning against it.

There’s a little hitch in congressman Mike Rogers’s plan to use a popular Twitter hashtag to counter criticism of his most infamous, allegedly privacy violating bill.

With each tweet, he’s funding the Internet activists who oppose him.

But the congressman—or whoever runs his Twitter account—doesn’t seem to have gotten the memo. A domain name registrar called Namecheap is running a promotion: offering a dollar to Internet activists at the Electronic Frontier Foundation for each tweet with that hashtag. The EFF is actively campaigning against CISPA, calling it a “privacy-invading cybersecurity spying bill.”

CISPA would allow companies whose networks are under attack to share what they know with federal agencies—that could include users’ information—and those companies would be immune from violating privacy laws in such circumstances. So Rogers is right in the sense that the bill wouldn’t allow continual monitoring, though it could certainly allow the government to end up with information on its citizens—and if it finds evidence of serious wrongdoing, it could prosecute.

Privacy advocates almost unanimously decry the bill. Ditto the overwhelming majority of tweets with the #CISPAalert hashtag. More than 200 tweets have used it since Wednesday, mostly with sentiments like “This law would make every privacy policy on the web a total joke,” and “Let’s stop this terrible bill.”

Rogers has used it four times so far. His use alone wouldn’t make much of a dent, but fortunately for the EFF, Namecheap’s promotion includes a few other ways to donate, like Facebook shares or entering a code when you buy  a new domain name. To date, it’s raised $13,766 for the advocacy group.

CISPA currently stands before the House of Representatives.