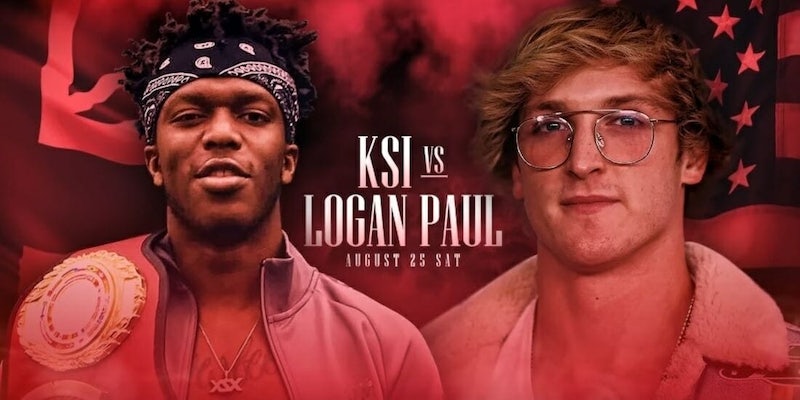 More than a million people reportedly watched the fight on Twitch.

Logan Paul fought fellow YouTube star KSI on Saturday night as the two battled to a draw but the video platform only reaped a fraction of the total viewership.

Instead of paying $10 to watch YouTube’s livestream of the event, hundreds of thousands watched it on Twitch, the Amazon-owned website where people…watch other people play video games. At one point during the fight, 1 million users were watching on Twitch, according to media reports.

Some 70,000 viewers took to Periscope to watch the fight for free, but Twitch was the spot where most people went watch Logan Paul get hit in the face. By contrast, YouTube’s official livestream had 773,000 people tuning in throughout the fight, according to the Verge. Manchester Arena sold 15,000 tickets to watch the fight in person.

A representative from Twitch condemned the illegal streaming in an interview with the Verge, saying that those who posted such content would be subject to copyright infringement takedowns.

Logan Paul and his brother Jake were stars on Vine before the platform shuttered last year. They ended up on YouTube, where Logan posts comedy and prank videos. He became infamous earlier this year for visiting Aokigahara, the “suicide forest” at the base of Mount Fuji. Paul and his group encountered the body of a man who had died by suicide; the event, and Paul’s reaction to it, sparked controversy and led to Logan Paul taking a month-long break from YouTube.

how do you still have a career

Jake Paul is also no stranger to controversy; his LA neighbors threatened to sue him last year for general obnoxiousness like lighting furniture on fire in an empty pool. On Saturday, he fought against KSI’s younger brother Deji Olatunji (also known as ComedyShortsGamer) in the undercard match and knocked him out in the fifth round.

The fight was supposed to be Logan Paul’s big step back into the limelight and into the hearts of his fans, the “Logang.”

Logan Paul and KSI have vowed to schedule a rematch, which could take place in February in the U.S., according to the Independent.