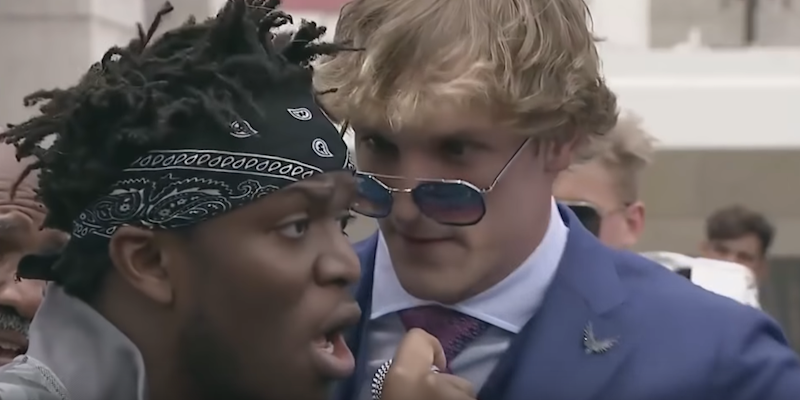 The KSI vs. Logan Paul boxing match will be terrible—but it hardly matters

Professional boxers are hopeful it will actually help their sport.

The YouTube boxing extravaganza between KSI and Joe Weller last February was a complete joke. It was amateur boxing at its worse—if you could even classify it as amateur boxing. Millions of people have watched and probably been entertained by that fight. But as far as boxing skill is concerned, it was a sham.

That hardly matters, though. And the idea that two YouTubers can make fistfuls of money by wrapping them in gloves and throwing them at another social media star’s face will only get bigger on Saturday when KSI faces Logan Paul.

KSI knocked out Weller in front of a sold-out London arena as tens of millions eventually viewed the fight on YouTube. When KSI fights Paul, it’ll be at an even bigger arena in Manchester, and you can expect plenty of fans to pay $8 to watch it on pay-per-view. KSI and Paul will take home hefty paydays thanks to ticket prices that ranged from £515 ($659) to £33 ($42), merchandise sales, and pay-per-view payouts. Then, they’re scheduled to do it again in the U.S. next year.

The fight, on a technical level, will be terrible. But the buildup to the event—which featured everything from press conference attacks and trash-talking shenanigans to multiple diss tracks—has been outstanding, and this bout will likely be one of the biggest boxing events of the last decade (their younger brothers, Deji and Jake Paul, also will fight on the undercard).

For a professional boxer like Badou Jack, that realization must be strange. Jack has won 22 of his 26 professional fights (with one loss and three draws), and he’s a former world titlist in the 168-pound super middleweight and 175-pound light heavyweight divisions. He’s a world-class athlete with an elite boxer’s resume.

About 600,000 people watched Jack in his last fight as a main event on the Showtime network. Exponentially more will likely tune in to KSI-Paul.

You might think Jack would be bitter—or, at the very least, confused—that he’ll likely never reach the fame or fortune won by KSI and Paul, even though he has more talent in the ring than the two YouTubers could ever dream about. But Jack is not. In fact, he sparred with KSI in March and probably taught him a few things. For instance, don’t leave yourself so exposed for a good body shot.

“It’s kind of a freak show, but it’s good business,” Jack told the Daily Dot. “They don’t know how to fight. But they know how to do YouTube videos. I guess it sells. All that stuff is good for marketing.”

But is it good for the sport itself?

“For boxing, as long as people know it’s not real boxing, it’s still attention for boxing,” Cecilia Braekhus, largely considered the best female boxer in the world, told the Daily Dot. “Today, we are competing with MMA—a lot of other sports and martial arts—and we also have to be aware of that. If that gets some attention to boxing, anything that gets people interested, it’s normally a good thing.”

As promoter Eddie Hearn said, this kind of YouTube event is helpful.

The fight, though, isn’t really about boxing in the sporting sense. It’s done for pageviews—on the approximately 18 videos KSI and Paul have posted in the past two months relating to this event, more than 123.4 million people have watched—and to raise the YouTubers’ profiles. Boxing is the byproduct of creating bigger online brands, and that upsets at least one world champion.

“If these guys were fighting a real boxer, they’d get hurt,” said Maurice Hooker, a 140-pounder who won his first world title in June. “That’s fun and games. But this is how we support our family.”

There are signs that the idea of amateurs fighting for potentially millions of dollars isn’t going to disappear anytime soon. KSI and Paul signed a two-fight deal, and the second of those bouts is scheduled for the U.S. in early 2019. This week, a number of YouTube stars—including Keemstar and the Sidemen—unveiled a new mobile game for iOS called BoxTuber that allows you to face off against YouTubers in the boxing ring, an app that according to Dexerto quickly gained in popularity.

Obviously, there’s an appetite for social media stars literally (and not just metaphorically) throwing punches at each other. But another YouTube star is worried about the pursuit of pugilistic pageviews simply to inflate their statistics.

“I don’t want to be judgmental, but I was never into the prank stuff or just doing controversial things for the sake of views,” Anna Akana told the Daily Dot. “But I also don’t want to be that pretentious person. That stuff is enjoyable to watch. As long as you’re not hurting anybody, more power to them.”

Here’s a truth that boxers like Hooker, Braekhus, and Jack—boxers who are some of the best in the world—can’t stop. The KSI vs. Paul fight will be one of the most-watched fights of this decade, if not ever.

There is also a handful of world title fights this weekend. KSI vs. Paul will draw more eyeballs and dollar bills than all of them.

“They’re going to make a lot of money,” Hearn said. “They can’t fight. It’s terrible to watch. But how can you not congratulate them? This is a venture that’s got a lot of people talking. Again, from a hardcore boxing fan’s point of view, it makes my skin crawl. But, from a promoter’s point of view and a commercial guy, I have to say congratulations.”

YouTube is taking over the internet, on track to supplant Facebook and become the No. 2 most trafficked website in the U.S. But on this weekend and perhaps for more weekends to come, it’s taking over boxing—and for those who have worked their entire lives to make a living in the sport, that has to feel like the biggest gut-punch of all.