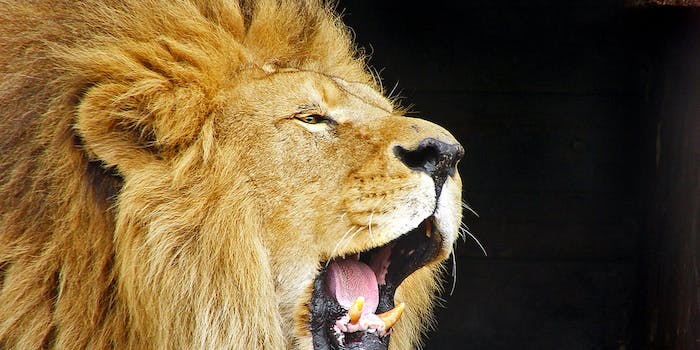 A guide has been killed by a lion in the same Zimbabwean national park where the American dentist Walter Palmer killed Cecil the Lion, according to South Africa’s News24.

Quentin Swales was leading a photographic safari when a male lion unexpectedly charged him, according to a statement by Camp Hwange, the game lodge where he worked, on its Facebook page. Hwange National Park was likewise where Palmer and his guide allegedly lured Cecil from before shooting it.

“While leading a bush walk with guests of Camp Hwange on the morning of 24 August 2015, Quinn Swales (40), a fully qualified and very experienced Zimbabwean Professional Guide, was tragically and fatally mauled by an adult male lion.”

Swales led a group of six to a pride of lions lying down some distance away. The lion behaved in an apparently unusual way, persisting in approaching the group despite noisemaking measures. When the lion eventually charged, it was too fast for Swales to raise his rifle. He interposed himself between the lion and his group and was bitten fatally in the shoulder and neck.

“Only praise and admiration can be given to Quinn in the professional way he unflinchingly faced the charging lion thus ensuring that he protected the clients all of whom were unharmed in any way,” said Camp Hwange’s general manager David Carson. “He paid the ultimate price in pursuit of a job he loved, in an area he knew so well.”

On the flip side of the lion/human divide is the dental practice of Cecil’s killer, Walter Palmer. River Bluff Dental in Bloomington, Indiana, has reopened, according to CBS Minnesota, but without Palmer.

Palmer shuttered the office shortly after becoming the target of global anger at the killing of the popular animal and went into hiding as Zimbabwe pushed for his extradition.

The practice became the site of repeated protests and press attention.

In a statement, the remaining staff said, “Today, River Bluff Dental employees and dentists are beginning to serve our loyal patients. Dr. Palmer is not on site. Our employees have no comment.”