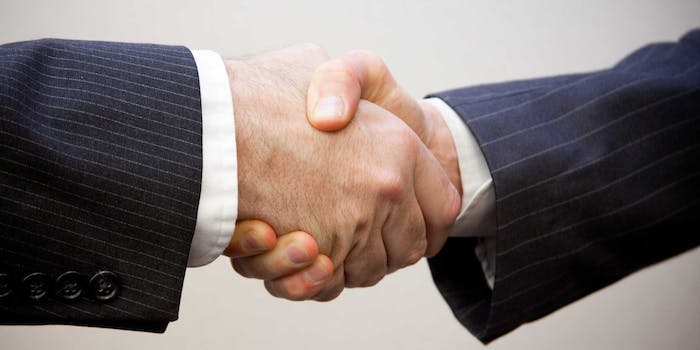 No more lying about those employee of the month awards.

Everyone fudges their résumé a little bit, either to bolster accomplishments or sweep shortcomings under the rug, because lying is the easiest way to make yourself look good. But LinkedIn is having none of it. Thanks to a newly granted patent, LinkedIn may soon be able to fact check everything you claim on the site.

The patent for a “Interactive Fact Checking System” was first filed in 2013 by inventor Lucas Myslinski and has been acquired by LinkedIn. According to the description of the patent, the interactive service “automatically monitors, processes, fact checks information, and indicates a status of the information.”

In theory, it doesn’t sound all that different from Facebook’s new system to flag false stories and hoax posts or decision to add “satire” tags to fake news stories, except the system would run user claims through an automated wringer and see if they hold up. So you better not be lying about that award you got for “Outstanding Achievement” at your job in 2003.

Within the drawings of the patent, some examples of how the process could be applied are detailed. In one instance, it suggest that someone might say “Texas is the biggest state” and the system would correct them by informing them the biggest state is Alaska. (That isn’t lying so much as it is just being wrong. You should try to not just be wrong about things on your résumé.)

Even if LinkedIn does eventually implement this system, it would be unlikely for it to work entirely on its own. Verifying every little detail on a person’s résumé  is tedious and likely difficult to do in a fully automated way. Still, it shows a step in the direction of removing some of the falsehoods that clutter the Web, even if these ones are more personal. Just hope that your current job won’t catch wind that you lied about your last one.