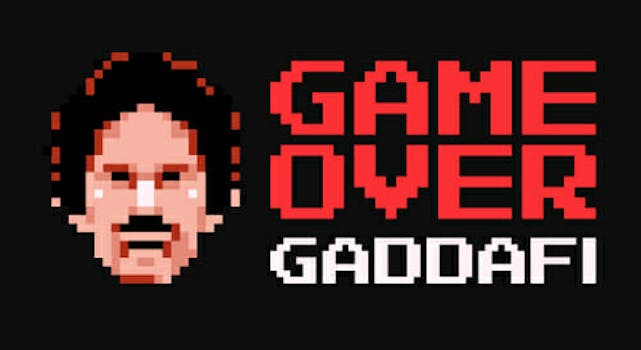 After months of maintiaining a tenious grip on his country, Muammar Gaddafi has been killed.

According to reports out of Libya, Muammar Gaddafi, the Arab world’s longest ruling leader, has died and thousands of people around the world have taken to Twitter to spread the news, rejoice, and condemn his killing.

Gaddafi was was hiding in his hometown of Sirte, Libya, when he was killed, said Transitional National Council military chief Abdul Hakim Belhaj, according to Al Jazeera. The Libyan Prime Minister Mahmoud Jibril has also confirmed his death, reported the Washington Post.

A grainy photo taken of the supposed slain leader has been prominently featured on Al Jazeera’s website all morning. It shows a bloodied Gaddafi on the floor with his hand above his head.

NATO and the White House have not confirmed or commented on his death as of 11 a.m. ET.

Gaddafi ruled Libya for 42 years and was known around the world as “a pariah, blamed for the 1988 bombing of a Pan Am jumbo jet over Lockerbie, Scotland, which killed 270 people,” reported Al Jazeera. During the recent Middle Eastern uprisings, Gaddafi and his regime used military force to stop protests in his country. These actions forced the International Criminal Court to issue warrants for his arrest in June.

News of Gaddafi’s death has inundated Twitter with messages about the former leader. He has been the top worldwide trending topic since about 7 a.m. ET, having collected more than 40,000 mentions, according to Topsy, a social media search engine.

And like the death of Anwar al-Awlaki, a senior Al Qaeda killed on Sept. 30, Twitter is pleased and yet disgusted by news of Gaddafi’s death.

“My mother is in tears,” tweeted Assia Bashir Amry (@libyan4life). “She cant stop crying. She left #Libya 38 years ago as a young bride with my father in resistance to #Gaddafi.”

“In times of war, the line between justice and revenge becomes vague,” tweeted Rafeh Safdar Dhilon (@rafehsdhilon). “Killing #gadhafi was a travesty of justice – we should be ashamed.”