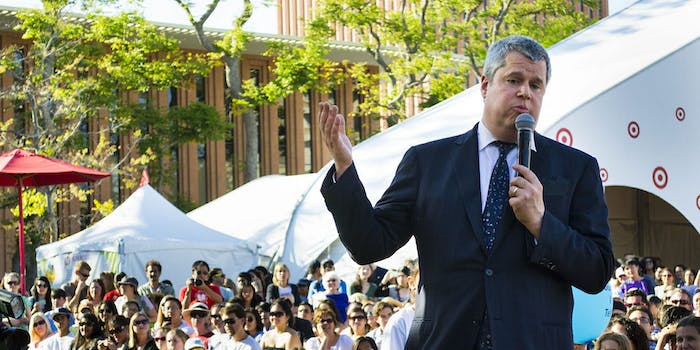 Lemony Snicket and his wife pledge $1 million to Planned Parenthood

'This year, Planned Parenthood has gone through a series of unfortunate events.'

The author of A Series of Unfortunate Events announced a $1 million donation to Planned Parenthood on Tuesday via Twitter.

Daniel Handler, who writes children’s books under name Lemony Snicket, tweeted that he and his wife and illustrator, Lisa Brown, had “been very fortunate,” adding: “good fortune should be shared with noble causes.”

.@lisabrowndraws & I are giving 1 million dollars to @PPFA. We’ve been very fortunate, and good fortune should be shared with noble causes.

Brown told BuzzFeed that she and her husband have supported Planned Parenthood for years, “for obvious reasons: It’s a great organization that has provided top-quality healthcare for countless women and families in our lives.”

“This year, Planned Parenthood has gone through a series of unfortunate events, and it felt right to make our support more public and more dramatic,” she said.

Handler and Brown have donated substantial sums to the women’s health organization in the past. “If your salary equaled the amount of money my wife and I gave Planned Parenthood one year, you’d be in the richest 1 percent in the world,” Handler wrote in 2007 for the New York Times.

Planned Parenthood president Cecile Richards appeared in Congress on Tuesday before the House Committee on Oversight and Government Reform to defend her organization against allegations that it illegally profits by selling fetal tissue.

Republican lawmakers rapidly assailed Richards with accusations over her salary, Planned Parenthood’s travel expenses, and the activities of the group’s political action committee.

Throughout the contentious hearing, Richards defended the women’s health organization as a critical provider of STD testing and contraceptive care for millions of Americans, while noting that the majority of its federal funding arrives in the form of Medicaid reimbursements for legitimate medical care.