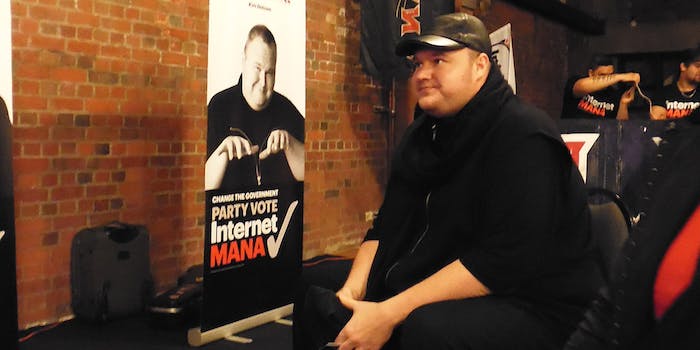 The 4th Circuit Court of Appeals has ruled against Megaupload found Kim Dotcom, upholding the United States' right to seize his assets under civil forfeiture law.

Mark this down as a bad weekend for controversial web entrepreneur Kim Dotcom. On Friday, a three-panel judge on the 4th Circuit Court of Appeals ruled that the U.S. government was within its rights to claim millions and millions of dollars worth of Dotcom’s assets which were seized by the government of New Zealand back in 2012.

The seizure was upheld on civil forfeiture grounds, with the ruling holding that his years-long avoidance of facing American criminal charges effectively renders him a fugitive. Dotcom, 42, has been living in New Zealand for years while waging an exhaustive legal battle against an U.S. extradition request.

The reason for all of Dotcom’s legal troubles, in simple terms, is the website he founded and propelled to success in 2005, Megaupload. The site ultimately became a major online go-to spot for pirated music and movies, which is the long and the short of why the U.S. government hit Dotcom with a slew of charges, including copyright infringement, money laundering, and racketeering in 2012. Here’s how the Justice Department characterized it at the time:

Dotcom has long maintained that he’s innocent of the charges, on the grounds that Megaupload’s terms of service explicitly prohibited the posting of copyrighted content, and that he and his employees would have been physically unable to scrutinize every file that was uploaded. In other words, he’s effectively argued that any responsibility for any wrongdoing falls to the users who violated the site’s terms, not the founder and proprietor.

Dotcom has been in New Zealand since 2010, when he successfully received residency status. In December of 2015, he was ordered by a New Zealand court to comply with the U.S.’s extradition request, but he’s been appealing that ruling ever since, all while staying safely within the confines of the country.

And crucially, as long as he’s tied up in appeals, he’ll be able to postpone a date with the U.S. criminal justice system. That could become a trickier proposition now that his assets have been put at risk, however. While one of the three judges on the panel dissented, as Rachel Weiner detailed for the Washington Post, the majority opinion was that Dotcom and his attorneys failed to sufficiently demonstrate that he was staying in New Zealand for reasons other than to duck the criminal charges that await him in the United States.

Make no mistake, this is a blow to Dotcom’s efforts, but it’s unlikely this will be resolved anytime soon. As Cyrus Farivar noted for Ars Technica, Dotcom is facing an appeal hearing on Aug. 29th, and he’s got a few more options for further appeals if that doesn’t work out. He could even theoretically take his extradition fight all the way to the New Zealand Supreme Court. Farivar also quoted a text message received from Dotcom’s attorney, which laid out their unapologetic argument for why the 4th Circuit Court got it wrong:

“This opinion has the effect of eviscerating Kim Dotcom’s US-NZ treaty rights by saying if you lawfully oppose extradition we will still call you a fugitive and take all of your assets, so if you ever arrive in the US you will not have your own funds to use to mount a fair defense in the largest criminal copyright case in history.”

Dotcom has long been a controversial figure on the international stage, and he’s well-known for his flamboyant and unapologetic personal style, complete with blowout parties and incredible personal opulence. Back in 2012, he reportedly spent millions renovating his mansion, upgrading it with underground passageways, expensive artwork, and a swimming pool filled with imported spring water.

And for his part, he was none too pleased with Friday’s developments. He sent out the above tweet on Saturday, pledging to “fight corrupt U.S. empire clowns all day, every day.”