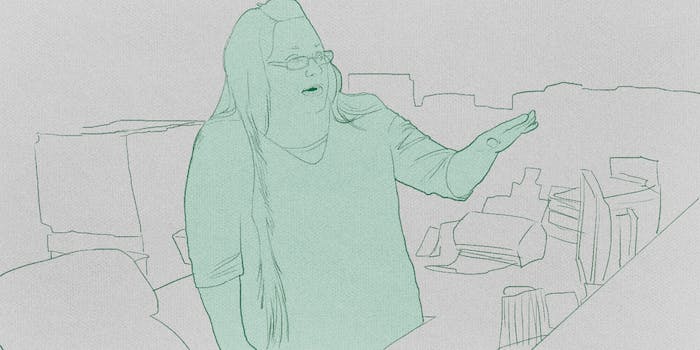 Finally, you can throw paper at someone and have them be the ones to go to jail.

If you’re like like most Americans and yet haven’t gotten enough of anti-gay Kentucky County Clerk Kim Davis, you’re in luck: Now you can put her on your phone.

That’s right, the hottest new Android app is called Condemn Kim, and lets you send the opponent of same-sex marriage to jail—just like in real life, when a judge threw her behind bars for refusing his order to do her job.

Condemn Kim doesn’t come with instructions, but the gameplay is simple. You throw papers at a very South Park-looking cartoon version of her (the papers don’t say “same-sex marriage license application” on them, but that’s heavily implied). When they hit her, she winces and turns red, which is how I assume most people would react. 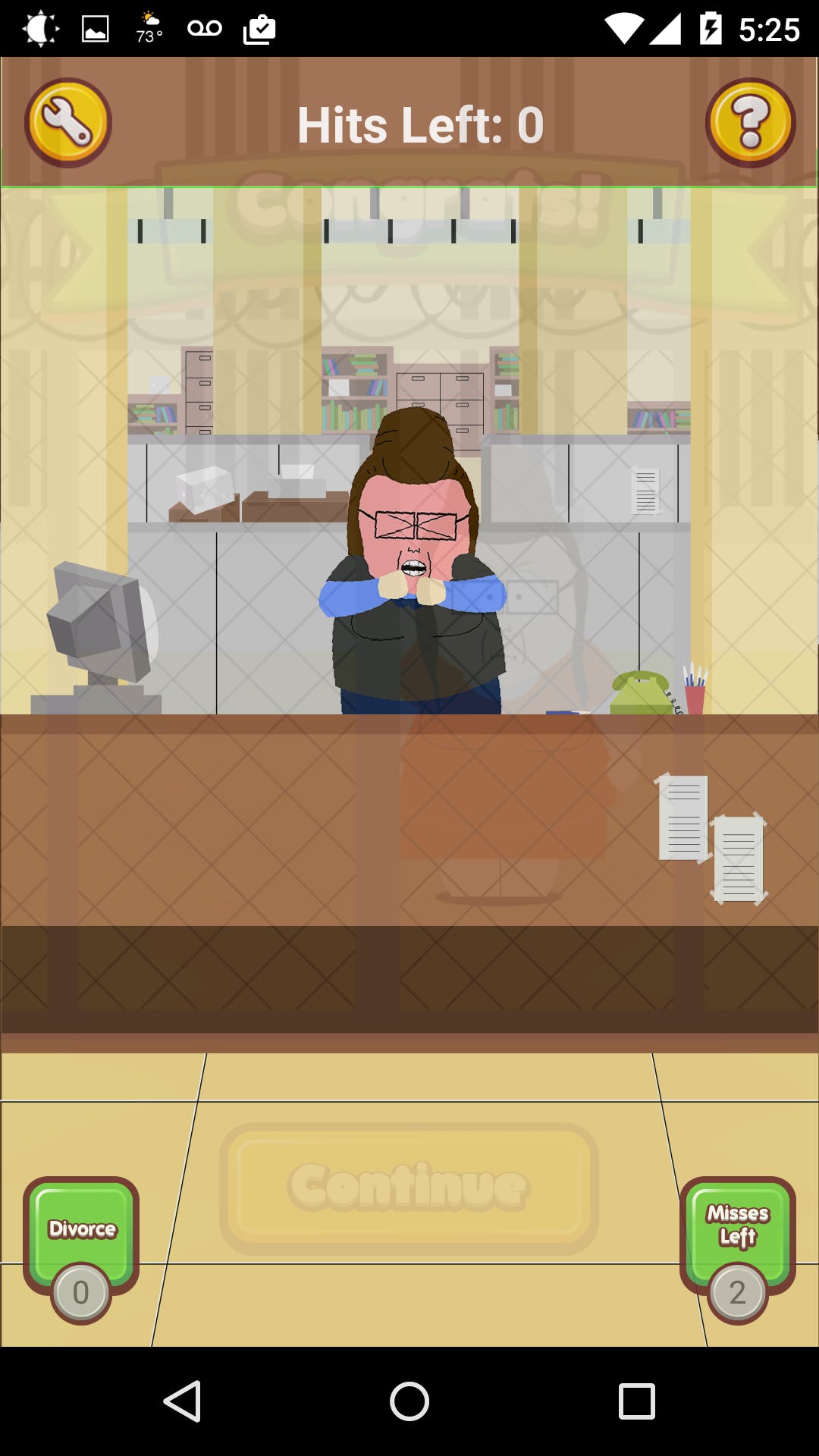 Hit her enough times and she goes to jail for a spell. 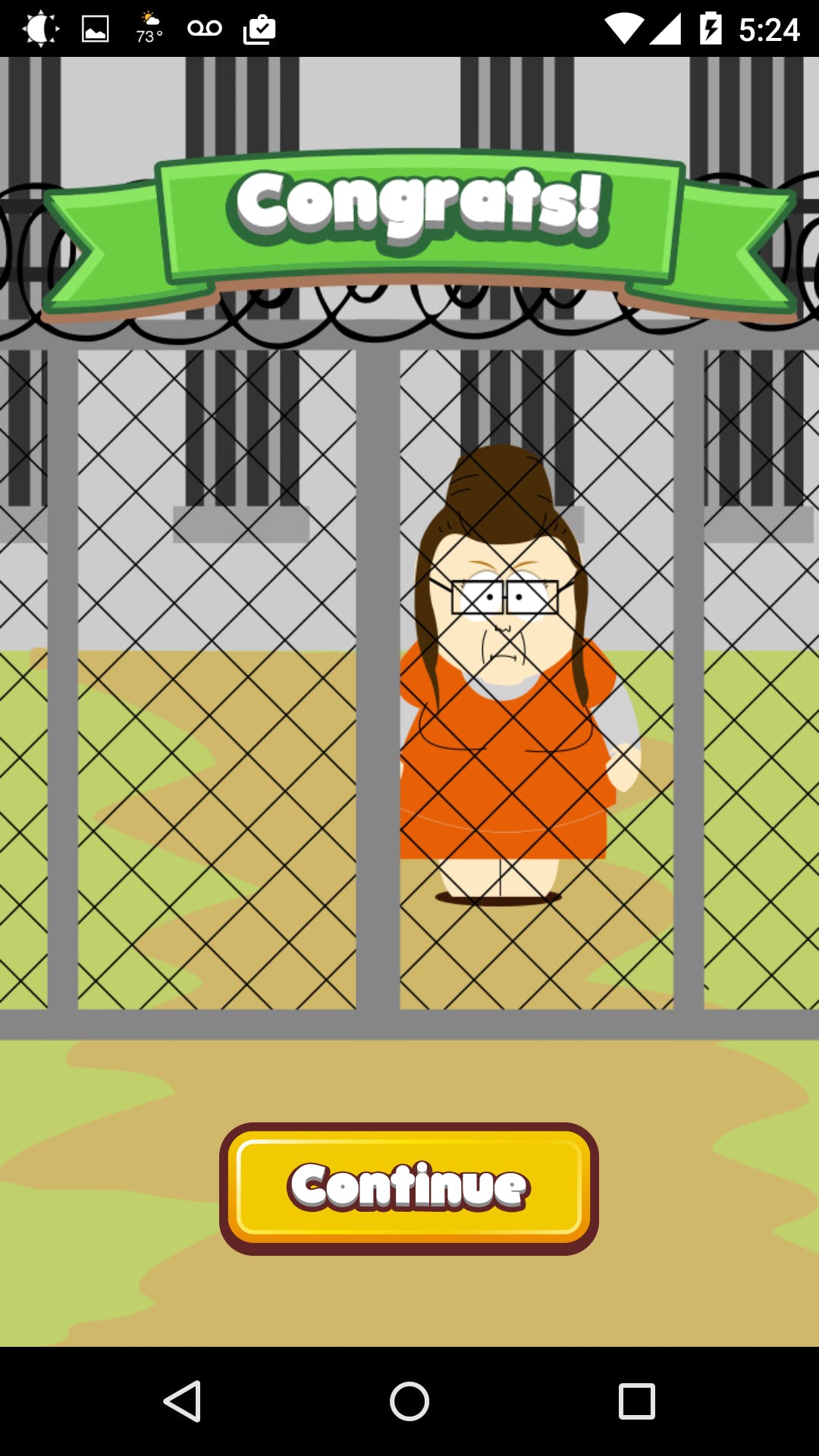 For some reason,the game’s soundtrack is a ukulele-filled happy number that would fit with pretty much any Kickstarter promo video. Since it restarts each time you send Kim to jail—an act that takes but a few seconds—it becomes extremely irritating early on.

There’s also a “divorce” option, which you can only use once, and is apparently a slag on Davis for having been divorced multiple times.

It’s unclear if Davis has an opinion on the game, but there’s a good chance she hasn’t had the time. According to her lawyer, the reported longtime Democrat has decided to formally become a Republican instead.