If you love to check out Justin Bieber news online—and who doesn’t?—you’re in for a rude awakening.

Bieber and his 74 million Twitter followers likely won’t be too stoked to learn that Islamic State extremists have adopted the #JustinBieber hashtag in an effort to circulate their latest propaganda film.

Shared by an ISIS media account, a graphic execution video hit Twitter this week bearing the hashtags #ISIS, #ISIL, and #JustinBieber. The inclusion of the Bieber hashtag is glaringly out of place, but seems to simply be an effort to expose the West to the group’s gruesome propaganda. 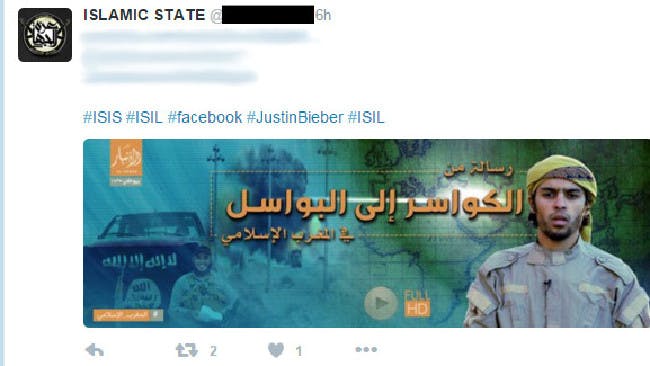 The ISIS video, which features the brutal executions of four men, is intended to serve as a call for new recruits. It also depicts what is presumably an ISIS fighter carrying out a suicide bombing in an explosive-filled vehicle.

It seems ISIS’s attempts to hijack Bieber’s fandom has had relatively minimal results, at least in terms of usage. A search through the #JustinBieber hashtag on Twitter uncovers few posts linked to the terrorist group, and a whole lot of this: