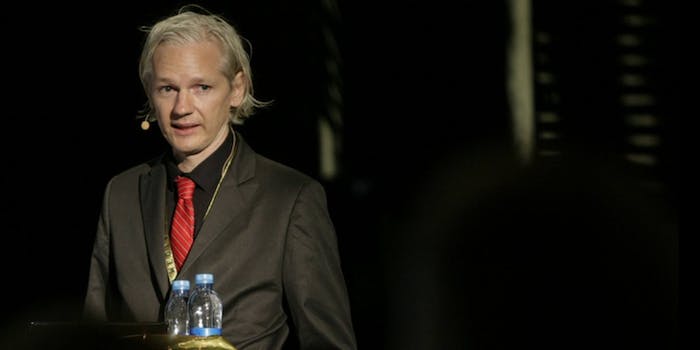 The exiled journalist will be taking to the catwalk in September.

Julian Assange is set to make waves once again, except this time it’s as part of a fashion show.

The Independent reports that Assange will make his catwalk debut inside the Ecuadorian embassy in London during September’s London Fashion Week. The Australian Wikileaks founder has been hiding in the embassy for two years in an attempt to escape extradition to Sweden to face sex crime charges.

“Julian’s been in the embassy for two years and it’s important that he doesn’t slip into obscurity,” said Ben Westwood to the Independent.

“I want to highlight Julian Assange’s plight. What happened to him is totally unfair.”

Assange, who will be accompanied by six other models, is set to look fabulous in clothes that he inspired. According to Westwood, the show will have a “Wild West” vibe but is also inspired by Assange’s “beret look.”