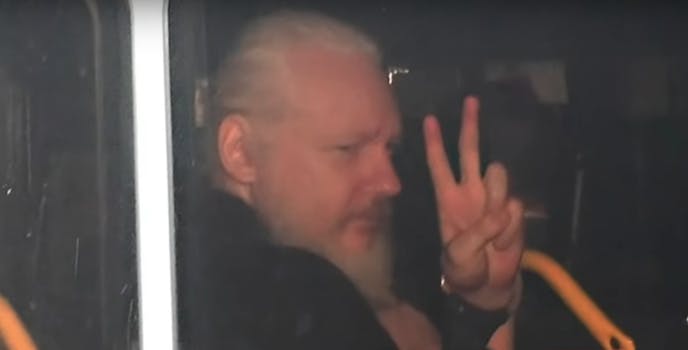 Assange is being held at London’s Belmarsh prison.

WikiLeaks founder Julian Assange is suffering the symptoms of psychological torture and should not be extradited to the U.S., a United Nations torture expert will tell the U.K. government on Friday.

Nils Melzer, special rapporteur on torture, will present his case and concern after having met with Assange and medical experts earlier this month.

Assange is being held at London’s Belmarsh prison. He is serving 50 weeks there for breach of bail, relating to his years spent in asylum at the Ecuadorian embassy, while he also fights extradition to the U.S.

The Justice Department charged the WikiLeaks founder with 18 counts, including violating the Espionage Act, over the publishing of thousands of classified military files in 2010.

“What was worrying was the psychological side and his constant anxiety,” Melzer told reporters. “It was perceptible that he had a sense of being under threat from everyone. He understood what my function was but it’s more that he was extremely agitated and busy with his own thoughts. It was difficult to have a very structured conversation with him.”

The 47-year-old WikiLeaks publisher, however, was too ill to appear via video link at his scheduled extradition court hearing on Thursday following reports that prison authorities had moved him to the health ward.

Melzer also established his opinion with a reflection on Assange’s experience over the past several years.

“In 20 years of work with victims of war, violence and political persecution I have never seen a group of democratic states ganging up to deliberately isolate, demonize and abuse a single individual for such a long time and with so little regard for human dignity and the rule of law,” he said.

“In the course of the past nine years,” Melzer continued. “Assange has been exposed to persistent, progressively severe abuse… [from] systematic judicial persecution and arbitrary confinement in the Ecuadorian embassy to oppressive isolation, harassment, and surveillance inside the embassy.”

The official went on to explain that the U.K. should demand reliable guarantees from any other state seeking custody of Assange that he will not be transferred onward to the U.S.

This statement is in an apparent reference to Swedish prosecutors’ recent reopening of the rape investigation dropped in 2017, over which Assange originally fled to the embassy. The WikiLeaks founder always denied the allegations, saying that he saw the case as a ruse through which he would eventually be sent to the U.S.

Sweden has scheduled a hearing for June 3 to determine a ruling of detention in absentia in response to local prosecutors’ requests.

On Friday morning, British Foreign Secretary Jeremy Hunt blasted the U.N. torture expert’s “inflammatory accusations” on Twitter only to have Melzer tweet back criticizing the “impartiality and objectivity” of the court system.

With all due respect, Sir: Mr Assange was about as „free to leave“ as a someone sitting on a rubberboat in a sharkpool. As detailed in my formal letter to you, so far, UK courts have not shown the impartiality and objectivity required by the rule of law.

Assange’s next U.S. extradition hearing in the U.K. is set for June 12.