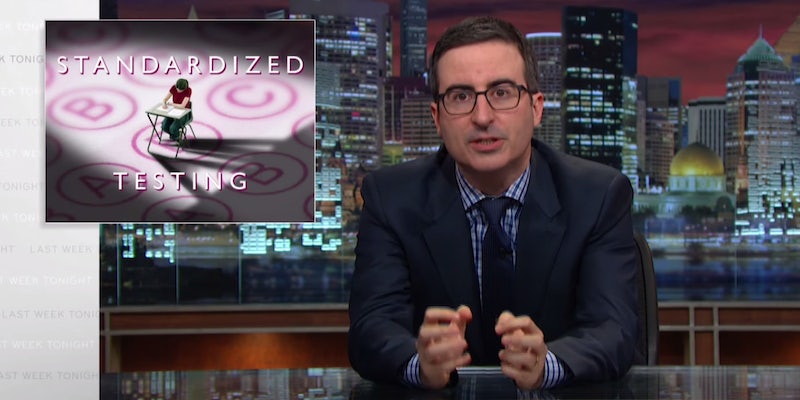 Standardized tests are the worst, but as John Oliver explains, they’re here to stay

We knew standardized tests were bad, but we didn't realize they were THIS bad.

Everyone who remembers school remembers that standardized tests are a nightmare. Parents hate them, teachers hate them, and students hate them, yet they still rule supreme. In the latest Last Week Tonight, John Oliver explained why.

It’s no surprise that standardized tests wreak havoc on students’ mental health, but the problem goes beyond making students overly stressed. Many tests are notoriously inefficient, to the point where teachers couldn’t correctly answer some of the questions themselves.

Then there’s the grading system, which is often governed by grade quotas and involves test manufacturers hiring people from Craigslist to grade exam papers. No wonder so many students are walking out on tests.

The worst thing about all of this is that there’s no end in sight. Before he was elected, President Obama told teachers unions that he was against standardized tests. But six years later, there’s no sign of any change to the system. If the president can’t—or won’t—attempt this kind of change to the education system, it’s hard to imagine who could.