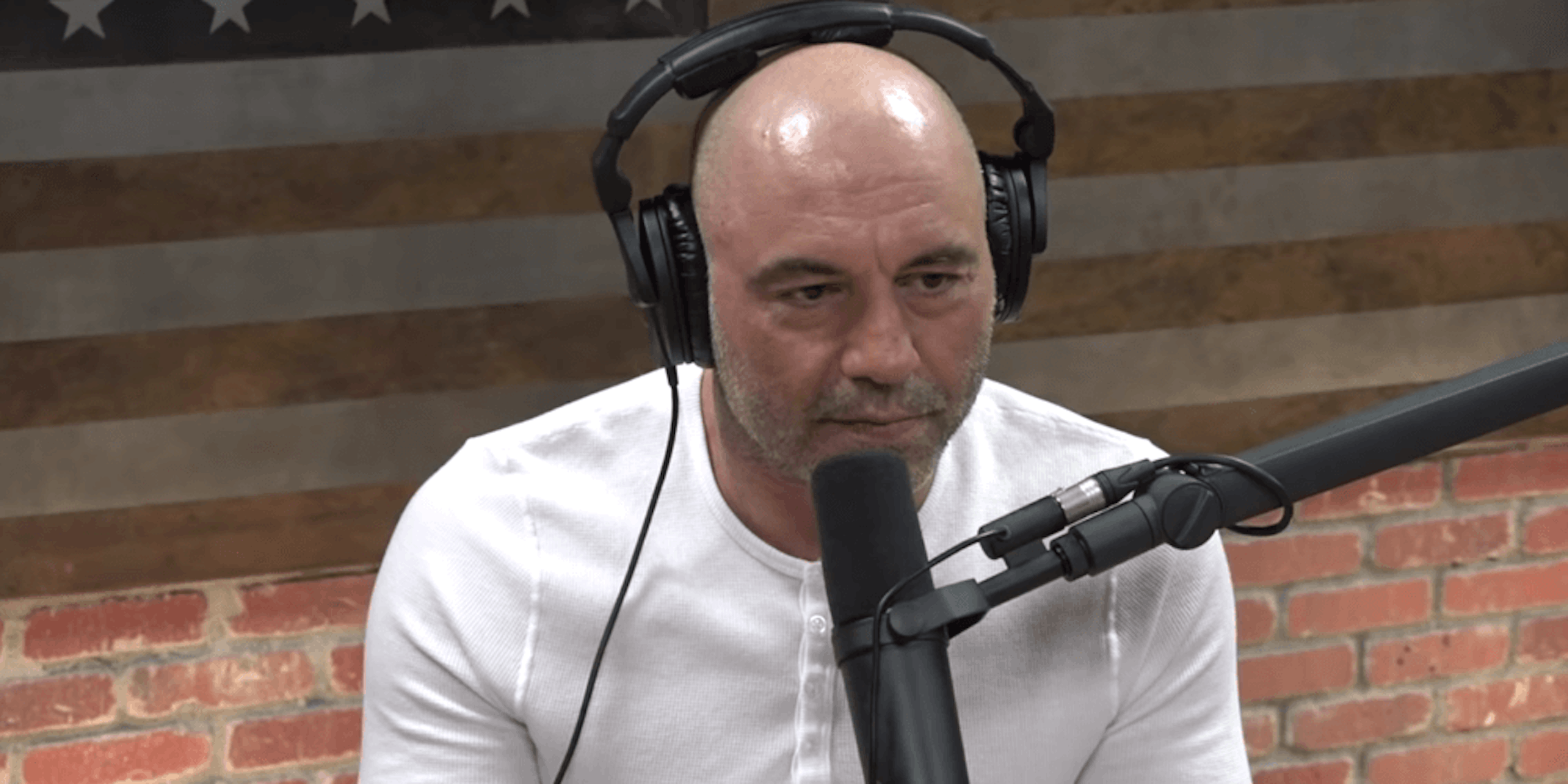 Podcast host Joe Rogan revealed this week that he intends to vote for Sen. Bernie Sanders (I-Vt.) in the upcoming Democratic presidential primary.

During an episode of The Joe Rogan Experience on Monday, the UFC commentator cited Sanders when asked by author and New York Times opinion writer Bari Weiss which of the Democratic candidates he would back.

The former Fear Factor host argued that unlike most other candidates, Sanders has remained ideologically consistent throughout his political career.

“He’s been insanely consistent his entire life. He’s basically been saying the same thing, been for the same thing, his whole life,” Rogan said. “And that in and of itself is a very powerful structure to operate from.”

The MMA enthusiast went on to add that he’d love to see the Vermont senator team up with fellow candidate Rep. Tulsi Gabbard (D-Hawaii), stating that the pair would offer something new to the American people.

“I think Bernie and Tulsi together would be a fucking devastating combination. I really do,” Rogan said. “I don’t know if they’d ever work out together, I don’t know if that’s possible, but I think them together might work.”

The apparent endorsement comes five months after Sanders appeared on Rogan’s podcast, an episode which has since garnered over 10 million views on YouTube alone. The discussion was praised by both the candidate’s supporters and even right-leaning viewers, who argued that the long-form interview showcased a side of Sanders not regularly seen in traditional media.

Given that the podcast is regularly ranked as one of the most popular in the world, several candidates, including entrepreneur Andrew Yang, have used the forum to spread their ideas.

Rogan even recently claimed that every candidate, including former Vice President Joe Biden, has asked to appear on his show. Rogan stated, however, that other than Sanders, Gabbard, and Yang, “the rest of them can eat shit.”