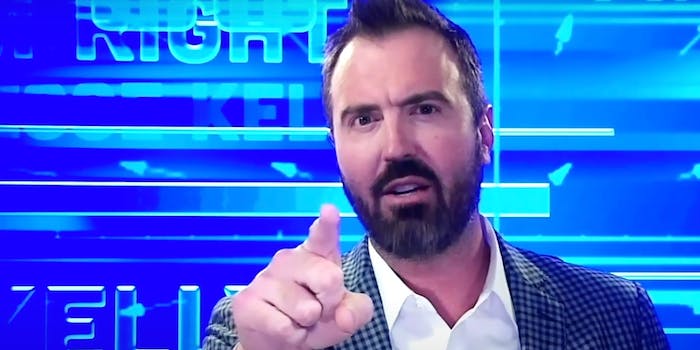 Conservative commentator Jesse Kelly said in a tweet on election eve that Republicans might “need” Kyle Rittenhouse on Election Day, insinuating that there might be violence after the vote, touting Rittenhouse’s record of killing pro-Black Lives Matter protesters.

On Monday, as the country geared up for the elections, a judge ordered that Rittenhouse be held on $2 million bail as he is a “flight risk.” Rittenhouse has been slapped with six criminal charges for fatally shooting two protesters in Kenosha, Wisconsin during a Black Lives Matter protest in August.

A few hours after the news broke, Kelly shared a New York Post article in a tweet and wrote: “But what if we need him tomorrow?”

Kelly’s tweet has since been removed for violating Twitter’s rules, but it was up for at least 18 hours. It built on an already spreading fear across major cities that there will be far-right violence if the results don’t support President Donald Trump, who has repeatedly implied there won’t be a peaceful transition of power if he loses.

In the build-up to the elections, stores in New York, San Francisco, Chicago, and Washington, D.C. have been boarding up their windows in anticipation of violence, according to multiple reports.

At a time like this, Kelly’s comments about “needing” Rittenhouse on the day of the election hit a nerve for many.

Since the August killings, Rittenhouse has become a right-wing hero, who have helped raise more than $550,000 for him and his family since he was arrested.

“Openly advocating for murder to own the libs,” wrote one user.

“Given the gravity of his situation I don’t find that particular tweet to be very funny,” wrote one user whose Twitter bio boasted of their support for the Second Amendment.