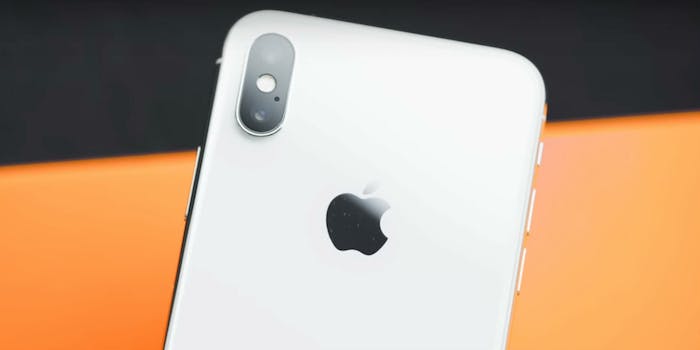 It claims the work was voluntary.

Apple is under fire after it was discovered that students illegally worked overtime to build the iPhone X at the Foxconn factory in China.

Six high school students told the Financial Times that they routinely worked 11-hour days, beyond the 40-hour work week limit allowed for student interns under Chinese law. The students, who were between the ages of 17 and 19, claim they were forced to work at the controversial factory for three months in order to graduate. They were part of a group of 3,000 students from the Urban Rail Transit School.

One student claimed to have made 1,200 camera modules a day, an assignment she said had nothing to do with her studies.

Student labor is common in China, but workers must be paid, their positions must be voluntary, and they cannot exceed working 40 hours a week.

Apple confirmed the report in a statement to the Times but denied the work was compulsory.

“We’ve confirmed the students worked voluntarily, were compensated and provided benefits, but they should not have been allowed to work overtime,” an Apple spokesperson told the Times. “At this facility, student intern programs are short term and account for a very small percentage of the workforce. When we found that some students were allowed to work overtime, we took prompt action. A team of specialists are on site at the facility working with the management on systems to ensure the appropriate standards are adhered to.”

Foxconn also admitted it allowed the students to work beyond the maximum regulated hours.

“All work was voluntary and compensated appropriately,” a factory spokesperson said. “The interns did work overtime in violation of our policy.”

The spokesperson said Foxconn would work with local governments and vocational schools to organize its internship program.

The report comes less than a month after the launch of the iPhone X. Demand for the phone reportedly exceeds its supply, creating a bottleneck that Apple is trying to overcome by ramping up production.

The incident is just the latest in a string of controversies surrounding the treatment of workers at Foxconn. A 2014 report from the BCC discovered that employees were forced to work overtime and fell asleep on the job. In 2012, a New York Times report described the harsh working conditions at Foxconn, detailing numerous occasions where its lack of regulations endangered the safety of workers.