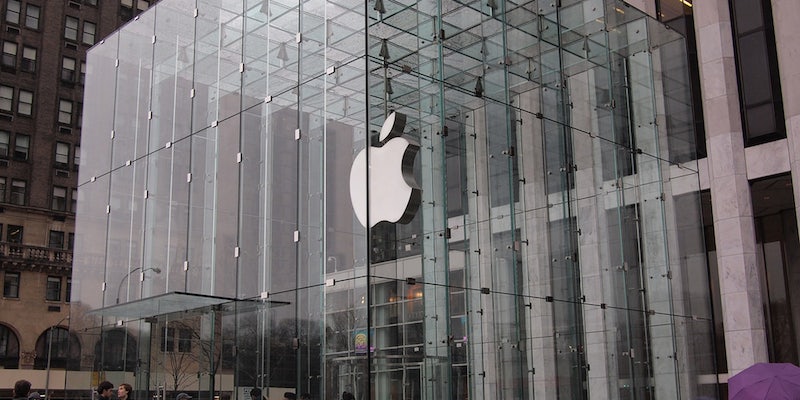 It's not the first time Apple factories faced labor problems.

Workers in Chinese factories that produce Apple products are routinely mistreated, forced to work overtime without pay, and fall asleep while on the job due to long hours, according to a new report from the BBC.

Additionally, the BBC discovered that a tin supplier on Apple’s supply chain in Indonesia is forcing workers, including young children, to work in dangerous conditions—and their work is destroying the environment.

Undercover reporters for BBC Panorama were hired at Pegatron factories in Shanghai that manufacture the tech company’s products, and witnessed the mistreatment firsthand.

One undercover reporter, working in a factory making parts for Apple computers, had to work 18 days in a row despite repeated requests for a day off.

Another reporter, whose longest shift was 16 hours, said: “Every time I got back to the dormitories, I wouldn’t want to move.

This isn’t the first time labor abuses on Apple’s supply chain have come under serious scrutiny. In 2010, 14 workers at Foxconn, one of the factories that produced Apple products, committed suicide, and a 2012 New York Times investigation into Foxconn revealed inhumane, and sometimes deadly, work environments.

Apple has since implemented numerous labor standards and protections, and has a list of responsibilities and expectations suppliers must meet, and told the BBC, “We work with suppliers to address shortfalls, and we see continuous and significant improvement, but we know our work is never done.”

Apple declined to be interviewed for the program, but told the BBC it disagrees with Panorama’s conclusions.

On Banka, an island in Indonesia, the BBC discovered illegal and unsafe mining of tin that could be going into Apple’s supply chain. And that:

It found children digging tin ore out by hand in extremely dangerous conditions – miners can be buried alive when the walls of sand or mud collapse.

Despite the potential for illegally-mined tin to wind up in smelters that supply Apple, the company stands by its decision to use tin mined from Indonesia, and wants to to improve conditions for people there.

“The simplest course of action would be for Apple to unilaterally refuse any tin from Indonesian mines. That would be easy for us to do and would certainly shield us from criticism,” the company told the BBC. “But that would also be the lazy and cowardly path, since it would do nothing to improve the situation. We have chosen to stay engaged and attempt to drive changes on the ground.”

“Panorama: Apple’s Broken Promises,” aired on Dec. 18, and U.K. residents can be view the program here.