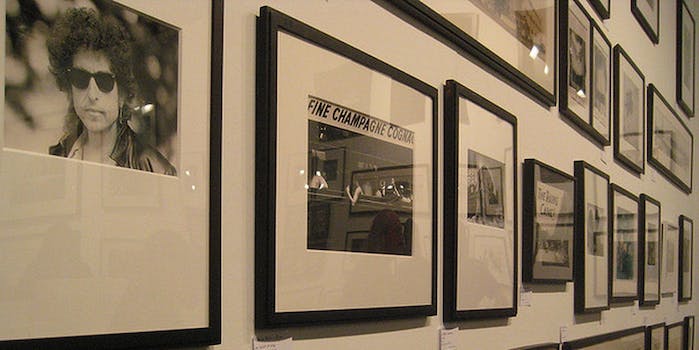 The EO1 brings art of the Internet into your home

“I think it’s a testament to how people realize there are beautiful things on the Internet."

By now everyone knows that the Internet holds everything we could ever want: our social interactions, cat videos, movies, and music, among troves of other digital gems. And this includes artwork, stills and animated both, that live entirely online.

Now, artwork once trapped within the confines of your computer can be displayed onto your wall with a digital photo frame called EO1. Created by New York-based Electric Objects, the frame’s Kickstarter campaign has seen immense success, surpassing its original $25,000 goal with over $700,000 in donations. After launching the campaign, the team hit the goal within 30 minutes and by the end of 24 hours, they earned over $200,000.

The company announced a partnership with the New York Public Library yesterday, which will give them access to many of the library’s archives as well as foster a relationship between the company’s artists in residence program. Using digitized works, artists can use them to create their own original pieces which will be available for view on EO1. “It’s an interesting way to support the creation of new work,” Founder Jake Levine told the Daily Dot. “It breathes new life into old material.”

The partnership, as well as others including the Boston Globe and Museum of the Moving Image, will allow users to enjoy easier access to public collections and historic images.

Unlike other digital photo frames that read SD cards full of your favorite photographs, EO1 grabs images from the Internet and displays them on a matte screen surrounded by a simple picture frame meant to blend in with the “analog” art hanging on your wall. In the creation process, the team wanted to achieve a design that would “fade into the background.” This means the device won’t be just another gadget in your house—it won’t receive alerts or push notifications, and the charging cord is thin, much like the one you’d use for a Mac.

The device connects via Wi-Fi, and users control what images they’d like to display through an accompanying app. Users have the option to upload their own images, copy and paste URLs, or search through collections provided through partnerships.

Of course, users aren’t limited to static images. EO1’s software supports animated images such as GIFs and javascript-based visualizations, according to the campaign website. The device does not, however, support audio. 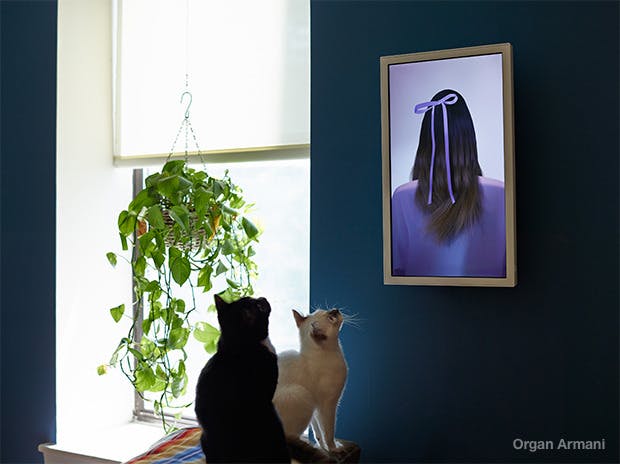 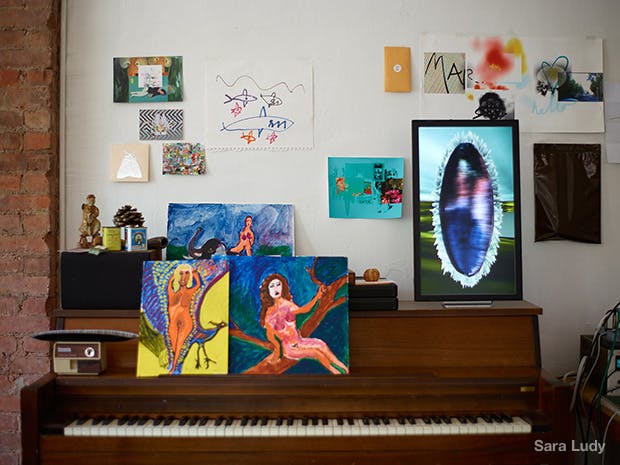 Though photographs of famous copyrighted works exist online, and Levine says the company will take down anything brought to their attention that could be considered infringement. In other words, you won’t be able to save on airfare by staring at the Mona Lisa or ceiling of the Sistine Chapel from the comfort of your couch.

While spots for supporters who back the campaign in exchange for early access have already been filled, there’s still time to place an order for an EO1, which the team aims to ship by May 2015. Those who choose to purchase the device will also get a wall mounting kit, and the team says an accessory stand will be sold separately after the campaign. The Kickstarter remains open until the morning of Aug. 7.

Levine says that orders for over 2,000 EO1s have been processed, a feat he could only dream of when creating the first prototype of the device just one year ago. “I think it’s a testament to how people realize there are beautiful things on the Internet,” he said.