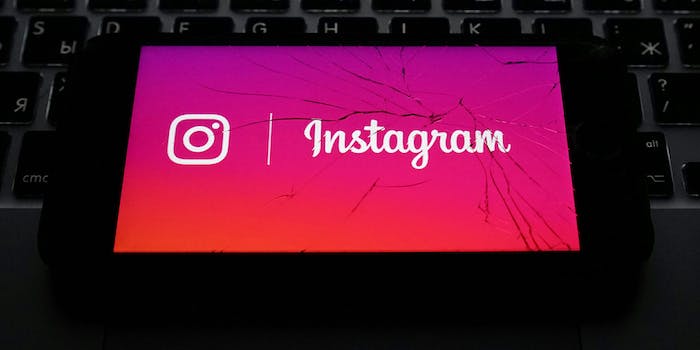 Instagram set the internet ablaze after an unannounced update switched the popular app’s feed from vertical to horizontal scrolling. But don’t worry, it was all a “test.” Or a “bug.”

Twitter users began reporting the change Thursday after noticing an alert in the app urging them to now “Tap through posts, just like you tap through stories.”

Others on Twitter were quick to deride the decision as well, with one person calling the Facebook-owned company’s update the “absolute worst” ever.

Under the hashtag #instagramupdate, Twitter users, in typical fashion, let their anger be known using an onslaught of memes. It became a U.S. trend, and currently, three of the top trends in the country are related to the Instagram redesign.

A live look at everyone logging on to Instagram this morning: #instagramupdate pic.twitter.com/mduvrengdn

Instagram CEO Adam Mosseri‏ responded shortly after and blamed the change on a “test” that was rolled out to more users than intended.

“Sorry about that, this was supposed to be a very small test but we went broader than we anticipated,” he said.

In a statement to TechCrunch, Instagram has since characterized the incident as a “bug.”

“Due to a bug, some users saw a change to the way their feed appears today. We quickly fixed the issue and feed is back to normal. We apologize for any confusion” an Instagram spokesperson said.

Despite the backlash, the photo-sharing service added that it would still be testing out the horizontal scrolling feature in the app’s Explore section.

While Instagram clearly hasn’t ruled out fully implementing the change in the future, the widespread anger Thursday’s update induced may cause the company to second-guess such a decision.