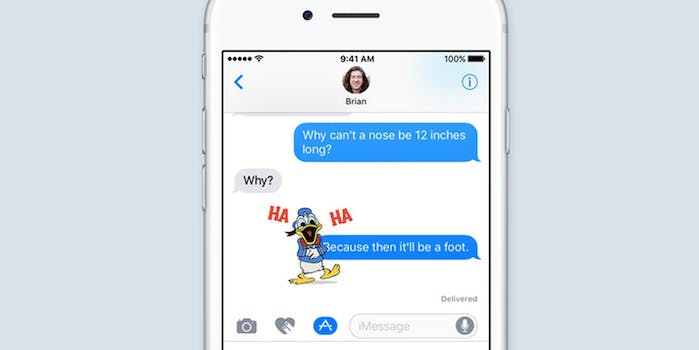 New features put it on par with Facebook Messenger.

iMessage just got a major overhaul, and the chat app for Apple products just became much more similar to other messaging apps like Facebook Messenger and WeChat. The new features will be available for iMessage on iOS 10 in the fall.

A handful of new features add some bells and whistles to iMessage, including rich links that let videos play right in the transcript, and emoji that are three times bigger. You can also replace emoji right in your text messages by highlighting a word and changing it to a corresponding emoji. “Tapback” lets you place a quick response directly upon the message bubble, and you’ll also be able to draw over photos and videos. 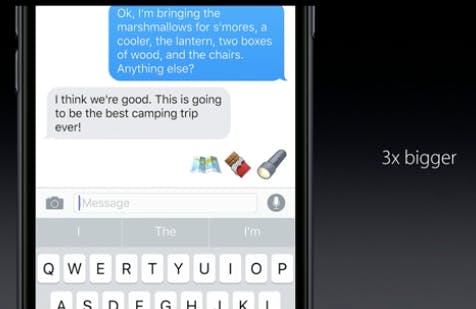 Additionally, bubble effects let you send messages that slowly appear to your contact, and an “invisible ink” feature will let people tap to reveal temporarily hidden photos and messages—yet somehow only inappropriate uses immediately spring to mind. You’ll be able to write handwritten messages and doodles to your friends, and fullscreen effects turn your chat background into an animated image.

Perhaps the biggest change is Apple’s move to open iMessage to developers. Users will now have an “app drawer” of services to add to messages, similar to what Facebook launched for Messenger last year. Developers will have full access to the iOS SDK, which will make building apps exclusively for iMessages easy. 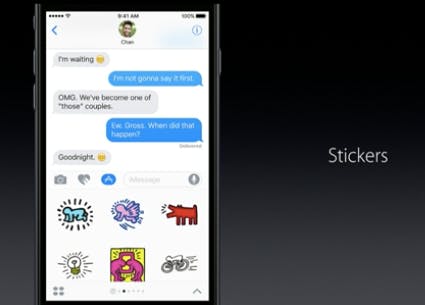 Siri will also make a greater appearance in iOS 10; the personal assistant will be baked right into iMessage, offering up automatic replies, calendar scheduling, and contact suggestions while you chat.

Missing from WWDC’s big iMessage reveal was any indication of bringing the messaging platform to Android, a rumor that proliferated leading up to the company’s big keynote. It would’ve been a huge pivot for the company, opening up to people outside the walled garden of Apple devices, but one it appears Apple is not ready to make yet.

Apple CEO Tim Cook said iOS 10 is the biggest change to the software yet (though company execs always say that when new software launches) and there are a ton of other features debuting later this year. Developers will be able to get their hands on it before it rolls out to everyone in the fall.