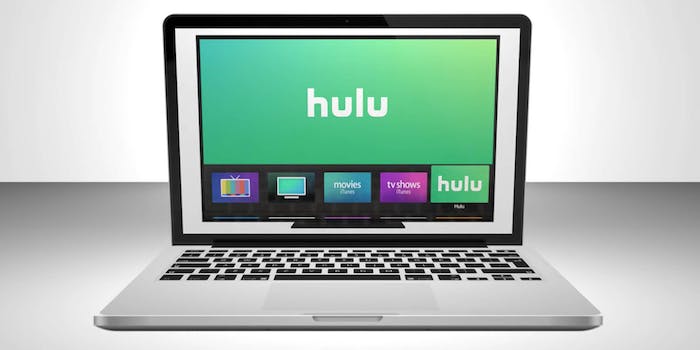 The lawsuit claims Hulu limited video quality on its site to force subscribers to use its apps instead.

Hulu is facing a class-action lawsuit over claims that it purposely throttled users who accessed its service through a web browser.

Filed last month in a California Superior Court, the lawsuit alleges that the streaming giant intentionally limited the quality of its videos in an effort to force users onto its app instead.

Despite promising high-definition streaming on all devices, the lawsuit adds, those using web browsers were only given access to lower-quality video.

The lawsuit claims that Hulu wanted users to access its content through its apps “because, compared to computer browsers, applications provide more direct access to consumers’ personal data during online and offline use.”

As noted by Variety, users had complained for years on the company’s message board about only experiencing quality issues while on a computer.

A Hulu representative eventually replied and said that the company was “aware of this issue and are actively working to re-enable High Definition streaming on Hulu.com.”

No reason was given as to why high-definition streaming was not available on the service’s website in the first place.

Months later during a similar discussion on Reddit, a Hulu representative admitted that high-definition had been disabled for web users.

“OK so i did some research right now and it seems due to a recent deployment released to Hulu.com, HD Quality (720p) has been temporarily disabled,” the Hulu representative wrote in August 2019. “All content will be streamed at Standard Definition (480p) quality for the time being.”

The class action suit is seeking to represent not only users in California and New York but all Hulu users in the entire country.