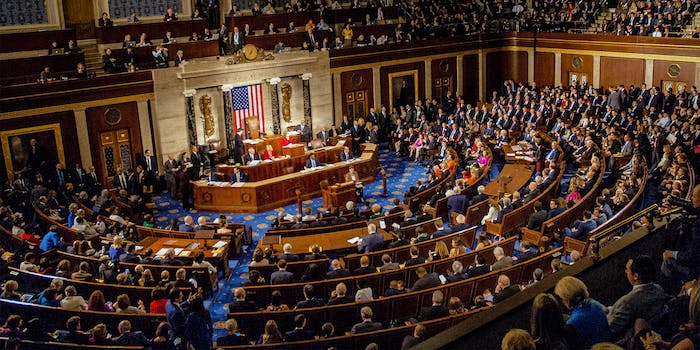 Democrats to take control of the House, put pressure on Trump

The Democratic victory was expected.

In a widely expected result, Democrats are expected to take control of the House of Representatives, according to numerous media outlets. However, in a midterm election that has been viewed as a referendum on President Donald Trump, the results weren’t as overwhelming as some expected.

While Democrats took control of the House of Representatives, they did not fare the same way in the Senate, which will limit their power to mount a major check on Trump’s remaining two years of his first term in office or pass major legislation.

The Democrats flipping the lower chamber of Congress from a Republican majority was somewhat expected heading into Tuesday. Real Clear Politics, which tracks several polls to give an average, showed Democrats topping Republicans by 7.3 points in the “Generic Congressional Ballot” as of Tuesday morning.

Some of the more notable additions to the House on the Democratic side include: Alexandria Ocasio-Cortez (D-N.Y.),  Rashida Tlaib (D-Mich.), Ilhan Omar (D-Minn.), and in what was viewed as a bellwether race early, Jennifer Wexler in Virginia defeated Rep. Barbara Comstock, as Dems took back some Republican seats in districts Hillary Clinton had won in 2016.

With today’s gains, the Democrats are expected to have a majority, up from 195 seats they currently have. This will give them control of several committees that could potentially be a thorn in the side of the president moving forward.

As the Hill points out, with control of the House of Representatives, Democrats would have subpoena power and could target Trump. The Democrats in control could now use the various committees in the House to investigate the Trump administration.

“Democrats couldn’t stop Trump, but they could slow him down and make life miserable for him,” Brad Bannon, a Democratic strategist told the news outlet. “Subpoenas would be flying from Capitol Hill towards the White House as fast as they can print them out.”

It is not uncommon for chambers of Congress to switch party majority in the middle of presidencies. After Barack Obama‘s first two years, Republicans seized control of the House.