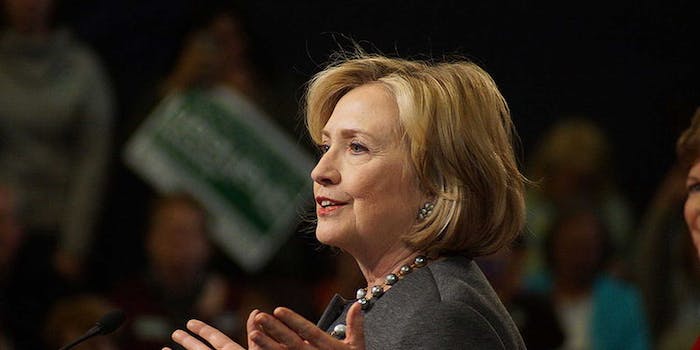 Hillary Clinton has won the Nevada Democratic caucus by a thin but definitive margin.

In the lead-up to the Nevada caucus, Clinton and Sanders were in a virtual tie, with Clinton edging ahead in poll numbers the days before.

To everyone who turned out in every corner of Nevada with determination and heart: This is your win. Thank you. -H

Nevada awards delegates proportionately. In the final tally, Clinton will take 20 of the state’s delegates, while Sanders will take 15, reports Politico. This brings Clinton’s total delegate count to 52, surpassing Sanders’ by just one delegate.

This was the first big test for the Democratic rivals with regards to minority voters. Unlike Iowa and New Hampshire, where more than 90 percent of voters are white, Nevada makes for a far more diverse battlefield—nearly 28 percent of Nevadans identify as Hispanic or Latino.

Earlier this month, Las Vegas Congresswoman Dina Titus, a Clinton supporter, told the Associated Press, “We are much more representative of the national population, and that makes us more of a harbinger of the final result than anything you’ve seen so far.”

The next Democratic vote will take place in South Carolina on Saturday, Feb. 27. Clinton currently polls 24 points higher than Sanders in the Palmetto State.