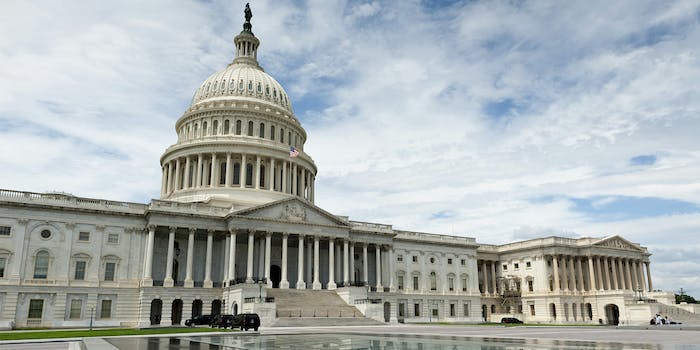 Gun violence is nothing new—and neither are the ideas behind stronger gun control.

On Sunday, America saw yet another mass shooting. After each of these tragic events, many of us take to social media and ask, “What can we do?” For decades, the answer has been “nothing.” Republican lawmakers are generally in lockstep with the National Rifle Association, and Democratic lawmakers are often divided on what they can do to end America’s gun violence epidemic. As a result, over 100 different gun control measures have failed since 2011.

It’s tempting to think that if a concrete proposal were presented, American could rally around measures to change the conversation around guns in America. Both Fight for 15 and Medicare for All have demonstrated the kind of grassroots energy that can result from concrete policies that people can get behind.

What sort of proposals are out there to deal with guns? Is there a proposal already out there that could galvanize Americans hoping to bring an end to the national tragedy of mass shootings? Here’s a round-up of proposed legislation and policy that might help do something about gun violence in America, and a sad primer on how similar measures have failed up to this point.

While poll results consistently show that the overwhelming majority of Americans support universal background checks, this bill, and others like it, have consistently stalled in Congress.

Assault weapons ban: One piece of legislation that could potentially galvanize massive grassroots support is an assault weapons ban. While many other measures are viewed as “too little,” or focus on how and when people get guns themselves, assault weapons bans take guns off the street. This is arguably the most far-reaching gun control proposal ever to gain legislative traction.

The most recent attempt at an assault weapons ban was in 2013. The bill, sponsored by Sen. Dianne Feinstein (D-Calif.), would have outlawed 150 specific weapons. Fifteen Democrats voted against the bill, killing it in a Senate with a narrow Democratic majority. Feinstein has since considered reintroducing the bill, but she has not done so thus far. A similar law in Australia led to a massive decrease in mass shootings.

Bump stock ban: Following the violence in Las Vegas, there was a renewed call to ban so-called “bump stocks.” A bump stock is a small device that functionally allows a semi-automatic weapon to behave like a fully automatic weapon. At least one dozen of the twenty-three weapons used in the Las Vegas shooting utilized bump stocks. Sen. Feinstein introduced a bill banning bump stocks and similar accessories in early October, but no progress has been made on the bill as of yet.

Limits on high capacity magazines: A number of states have passed a high-capacity magazine ban. This limits the number of bullets weapons can fire without being reloaded. While this isn’t as strong a legislation as an assault weapons ban, it could have an impact in mass shooting situations. It could also help forge the distinction between sporting weapons and assault weapons in public conversation. A law limiting high capacity magazines last failed in 2013 when Sens. Frank Lautenberg (D-N.J.) and Richard Blumenthal (D-Conn.) introduced the measure.

Close the “default to proceed” loophole: Sens. Blumenthal and Murphy co-sponsored an attempt to close the “default to proceed” loophole following the Sandy Hook Elementary School massacre in Newtown, Connecticut, in 2012. Currently, if an FBI background check does not clear within three days, then the sale of a gun may proceed. The Law Center to Prevent Gun Violence estimates that thousands of people who may have criminal records or mental health issues are allowed to purchase guns each year because of this loophole. Their legislation failed.

Gun company liability: Suing gun manufacturers following a mass shooting has been viewed by some as a back door to gun control Of course, the gun lobby thought of that and helped usher through legislation preventing such suits. In 2005, a law was passed immunizing gun companies from liability. With the bill’s passage, pending claims against gun manufacturers were dismissed, and bringing future claims was prohibited. A 2016 attempt to repeal this law failed.

Create a credible gun database: There is currently no meaningful central database of guns in this country. The Bureau of Alcohol, Tobacco, Firearms, and Explosives (ATF) attempt at a gun database is a mess. In fact, it is designed to be non-searchable, thanks to a 1986 NRA-backed law. It’s almost laughable, but in this age of big data, many of the files are kept inside cardboard boxes. This means that often we don’t know who is buying guns, and it is very difficult to trace a gun used in the commission of a crime. There has been no serious recent attempts to reform the gun database system.

Mental health: A common move for Republican politicians following a mass shooting is to attempt to shift the conversation to mental health. Congress managed to pass a mental health reform bill last year; former President Barack Obama signed it just before leaving office. The bill promised expanded commitments to suicide prevention and increased funding for mental health staff, among other things. Assaults on healthcare in the form of Affordable Care Act repeal and budget cuts will likely undermine much of what was achieved in the legislation, and the bill itself doesn’t go far enough for many mental health advocates.

Since taking office, President Trump has gutted an Obama-era executive order making it more difficult for the mentally ill to purchase guns.