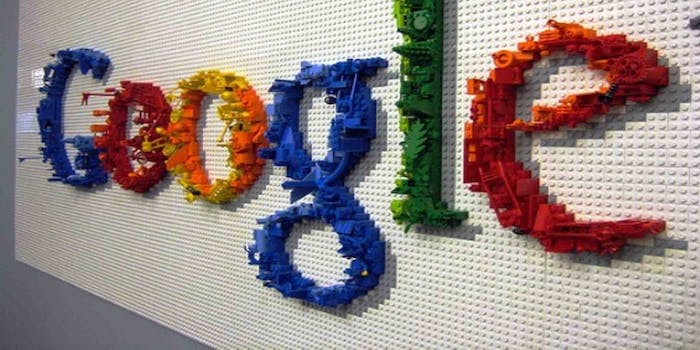 Speaking in front of a crowd of a little over one hundred people on an overcast Thursday afternoon in Austin, Texas, United States Department of Housing and Urban Development Secretary Julian Castro kept coming back to how having access to a high-speed broadband Internet connection is increasingly an essential element of a young person’s success.

“We have to ensure our young folks have everything they need to succeed and that includes access to broadband Internet,” said Castro, the former mayor of San Antonio, Texas, and speculative 2106 vice-presidential shortlister. “Without broadband, students are less likely to graduate from high school, they’re less likely to get good jobs.”

Castro was in the Texas capital to announce a first-of-its-kind partnership between Google and the city of Austin that would see the Silicon Valley tech giant giving completely free broadband Internet connections to every household in all of the public housing developments owned and operated by the Housing Authority of the City of Austin in a program called Unlocking the Connection.

Google is currently in the process of bringing Google Fiber, the company’s broadband Internet service, to Austin with the first hookups expected to begin occurring next year.

The company is offering three tiers of service: the top level lets customers get a connection that will undoubtedly rank among the fastest in the country for $70 per month. The middle tier is a bit slower for a bit cheaper, but it fundamentally works on that same model. The third option, on the other hand, is a lot more interesting. Google is letting people pay a one-time fee of $300 and then get a 5mb per second broadband connection that the company pledges to maintain for the next decade.

This offer is undoubtedly one of the best deals available anywhere and it’s something that only a company like Google, which makes over 90 percent of its revenue from online advertising, can do at scale. $300 is about what it costs Google to set up the connection—meaning, the company is only breaking even. This math works for Google because every additional person who gets online, uses its search engine, watches cat videos on YouTube, or looks at the nearly endless array of websites using Google’s ad platforms is additional revenue in Google’s pocket. Competitors like Comcast or Verizon couldn’t match that offer if they wanted to.

Even so, $300 is likely a lot of money for someone living in public housing and that cost can be prohibitive. That’s why Google joined with a team of other organizations like the Ford Foundation, IBM, and the Greater Austin Chamber of Commerce to waive that $300 fee for approximately 4,3000 residents of the city’s 18 public housing projects.

The program also includes the donation of hundreds of refurbished computers as well as computer literacy classes.

While Google is offering these free connections, it doesn’t necessarily mean everyone who is technically eligible will ultimately be able to sign up for one.

When Google rolls out Fiber in a city, it starts by dividing the geographic area in a hundreds for small “fiberhoods.” The company then holds rallies trying to get enough people in each fiberhood to sign up to hit the company’s quota to justify the expense of installing that necessary infrastructure. Each of the public housing properties participating in Unlocking the Connection will only be hooked up to Google Fiber’s grid if the surrounding fiberhood hits its number.

Google’s use of the build-to-demand model makes economic sense because not only it does prevent the company from spending on a build-out that won’t get sufficient use to recoup the sunk cost of building it in the first place, but it also encourages the surrounding community to do a lot of the promotional legwork. Although, the process does leave some neighborhoods—often predominantly poor and minority—without access.

While Unlocking the Connection is new, Google has employed a similar strategy in the other cities where it’s launched Fiber called Community Connections, where city leaders work with Google to identity around 100 schools, libraries, and nonprofit organizations to get free Fiber, as long as they’re located in a fiberhood that passed the test. In Kansas City, the first municipality in the nation to get Google Fiber, community organizations had workers going door-to-door soliciting $10 Google Fiber signups as a way to get free high-speed internet for their local libraries.

Google’s partnership with Austin’s housing authority may be unprecedented, but the idea of giving free broadband connections to people in public housing isn’t unique. A group of New York City politicians is lobbying Comcast to give free broadband connections to all of the Big Apple’s public housing development as a precondition for the company’s proposed merger with Time-Warner Cable.

Casto framed the entire Unlocking the Connection initiative as something about setting up the next generation of Austinites to succeed. He noted that over 80 percent of Fortune 500 companies require job applicants have a working email address in order to apply and the number of jobs in the Unites States based around using a broadband Internet connection is expected to swell by 25 percent by 2018.

“Google is one of America’s most innovative companies and its partnership with… [Austin’s public housing] is meaningful,” Castro said.