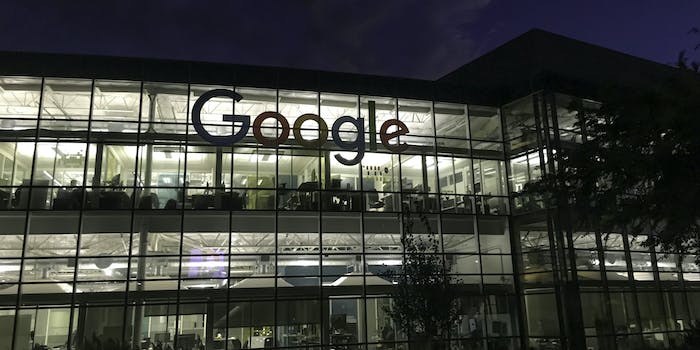 The legal battle began 8 years ago.

Google could face billions of dollars in damages after a federal court renewed its long-fought copyright case against Oracle.

The U.S. Court of Appeals for the Federal Circuit reversed a 2016 verdict on Tuesday, ruling Google’s use of Oracle’s Java software to create the Android mobile operating system was not protected under copyright law.

The ruling reignites a legal battle that began in 2010, and will send the court back for a third trial. The dispute started when Google was building Android, now the most popular mobile operating system in the world. Instead of licensing the Java platform from Sun Microsystems to let developers build Java-compatible apps, Google chose to create its own software with Java APIs, or tools and systems used by developers.

Oracle, which gained the rights to Java when it acquired Sun Microsystems, took issue with the similarities found in Google’s version. When it first filed in 2010, Oracle sought $2.6 billion in damages, alleging copyright infringement. Judge William Alsup of the Northern District of California sided with Google, ruling that APIs are not copyrightable. The decision was applauded by the Electronic Frontier Foundation (EFF) and other internet advocates who argue that giving ownership rights for APIs would stunt innovation.

The decision went back and forth a number of times, first siding with Oracle, which sought $9 billion in damages and eventually settled in Google’s favor at the second trial in 2016. The court ruled that Google’s use of the names, organization, and functionality of 37 Java APIs fell under fair use.

While Google won the case and has since removed Java APIs from its OS, it’s still not out of the woods. With the new ruling, the court has re-reversed its stance, saying Google is not protected under fair use provisions and therefore violated copyright laws when building Android.

The court sent the case back to a U.S. judge in San Francisco for a third trial to determine how much Google owes Oracle. Google could be forced to pay billions if Oracle seeks royalties per Android device.