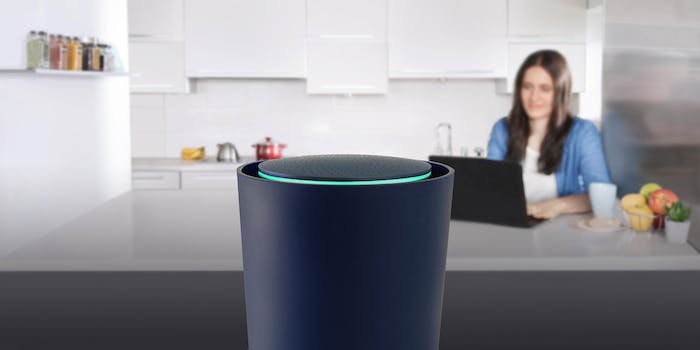 The router of the future is here.

It’s futuristic in design, it glows, and it looks sort of like a trash can you’d find on the starship Enterprise, but Google insists that the new OnHub router is exactly what you need in your connected home. 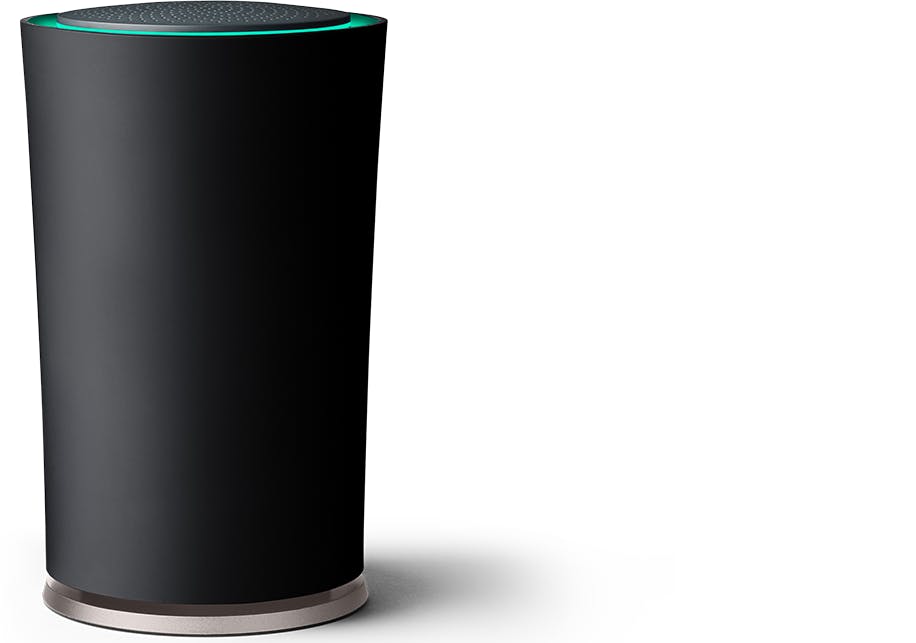 Google is better known for mobile and desktop software than its hardware efforts, but the newly announced OnHub Wi-Fi router could change that. The OnHub is a top-of-the-line piece of networking hardware, with 13 antennas in total—both 2.4GHz and 5GHz bands are represented with a half dozen, and a single extra antenna is dedicated solely to monitoring network congestion.

The OnHub auto-updates with 4GB of onboard storage space, and it’s designed to evolve with new features over time, but the real selling point here, at least according to Google, is the OnHub’s ability to improve your streaming video experience and diagnose its own network issues, reporting them to you via the OnHub app. Using unspecified “smart software,” Google claims that its router can squeeze more out of your current internet connection than whatever router you’re currently using.

What does the future of home networking cost? A cool $199.