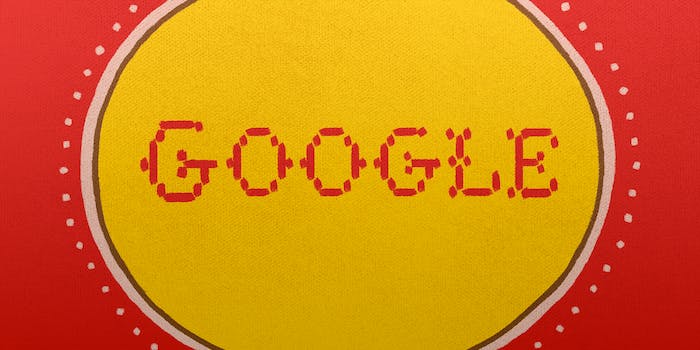 Is there anything nerdier than being the best at guessing search term autocompletes?

Have you mastered the art of guessing what will pop up in Google‘s autocomplete fields? Then you’ll be a champion at a new and very unofficial game called Google Feud.

As the name implies, Google Feud takes the Family Feud game-show format and applies to the top Google autocomplete suggestions for a name or phrase. You guess the top suggestions, and the higher up your answer is, the more points you get. When faced with Howard as a prompt, for example, Hughes might be the top reply, but Stark still gets you some points. 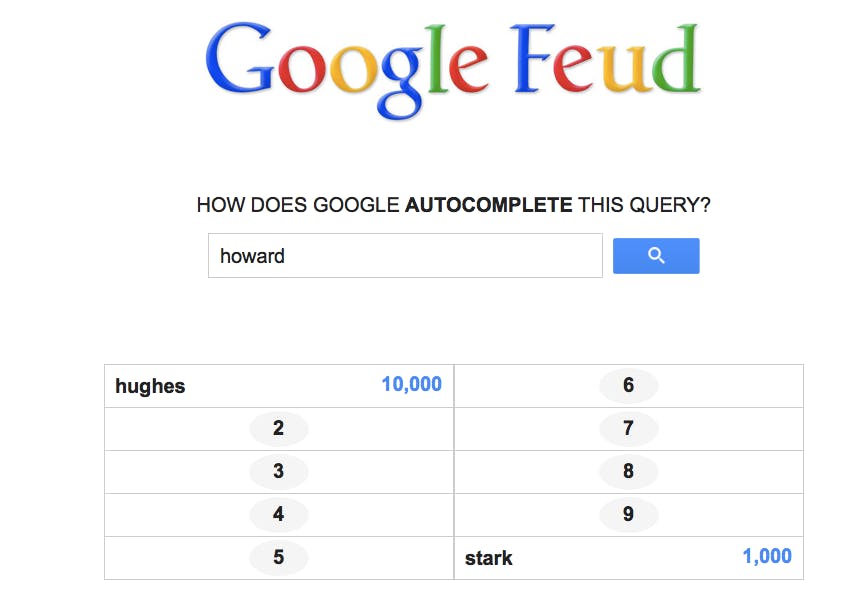 If you miss three of the top 10 autocompletes, you lose that round.

Because the results are pulled directly from the Google API, the game warns, “Beware, certain results may be offensive and/or incomprehensible.”