Turning your smartphone into a handheld console.

Gamevice today announced the release of a new game controller attachment for the iPhone 7 that brings back its sorely missed headphone jack.

In 2013, Apple announced iOS would start supporting gaming peripheral through a standardized API that allows for games to be played using third-party controllers.

This gave rise to apps that felt more like they were being played on a handheld video game console, not just an awkwardly small smartphone screen. 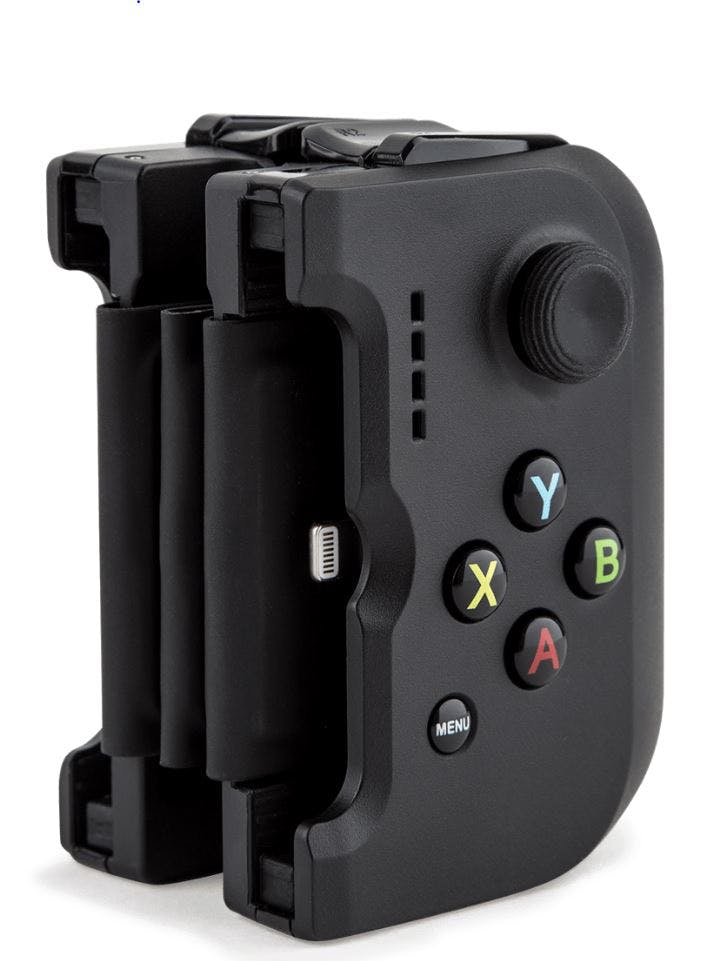 Gamevice has become one of the more popular choices for Apple gamers, and some of the decisions it made with its newest controller make it easy to see why.

First and foremost, the concisely named Gamevice Controller for iPhone 7 brings back the 3.5mm headphone jack for wired audio.

It also draws power straight for your device through an included Lightening port, instead of being charged separately. That decision has its pros and cons.

Of course, it’s nice not having to worry about the charge left on both your Gamevice and iPhone, and nixing the internal battery makes the handles much lighter. At the same time, the controller will be nibbling away at your iPhone’s battery life while it’s already being devoured by the game it’s running.

Gamevice makes attachments for most iPhone models and iPad sizes. The noticeably Xbox-inspired controller for the iPhone 7 and 7 Plus will be available on Jan. 31 for $99.