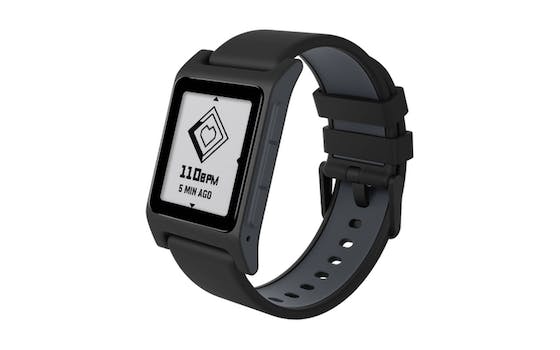 What Fitbit’s acquisition of Pebble means for the wearables market

Fitbit is acquiring Kickstarter-backed smartwatch maker Pebble for $34 to $40 million.

Pebble made a name for itself back in 2012. Its low-power, e-ink smartwatch not only was one of the first successful Kickstarter projects, it was also on the bleeding edge of what would become one of tech’s biggest new industries: wearables.

And while it succeeded with its original watch, the company has struggled to find footing in a world now littered with wearables and smartwatches of every kind—as have others in the space, such as Fitbit. Now, reports suggest the two could join forces. Fitbit is reportedly in talks to acquire Pebble for $34-40 million, according to anonymous sources for The Information and Engadget.

The purchase price is paltry, basically enough to cover Pebble’s debts to suppliers, but little more. The transaction would thus be more of an acquihire, as Fitbit would reportedly bring Pebble’s staff onboard and then phase out the company’s product line in favor of its own.

It’s a bummer for Pebble, which has received much higher acquisition offers in the past, but for most of us, the acquisition could be good news. It’s a sign that the oversaturated wearables market is finally starting to thin out and mature. Companies that are making comparable products, such as Fitbit and Pebble, will merge to deliver wearables that (hopefully) better suit our needs, and we could see fewer, but more defined leaders in the space.

That being said, the wide, weird world of wearables still isn’t going to go the smartphone route—where you see only a handful of companies successfully shipping products—anytime soon.