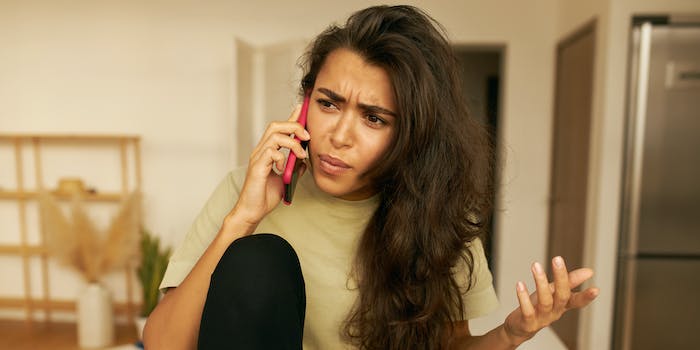 FCC wants companies to report how they are reducing robocalls

The FCC is requiring companies to file to the Robocall Mitigation Database.

The Federal Communications Commission (FCC) announced on Monday that it wants to track how phone companies are working to reduce the number of robocalls consumers are receiving.

The agency said starting on Sept. 28, phone companies will be required to refuse any traffic from providers who are not listed in the “Robocall Mitigation Database.”

In 2019, the TRACED Act passed in Congress and the FCC adopted rules that required voice service providers to implement the STIR/SHAKEN technology. STIR/SHAKEN allows phone companies to verify caller ID information and a caller’s phone number. The aim of the technology is to reduce the number of spoofed calls.

The database will make sure phone providers are implementing STIR/SHAKEN or a robocall mitigation program. The FCC allowed voice service providers with IP-based phone networks to have STIR/SHAKEN implemented by June 30 this year. It also required companies with non-IP networks to upgrade them or create similar non-IP authentication standards, the agency said.

“Protecting consumers from scammers that use robocall and spoofing tools is a top priority,” FCC Acting Chairwoman Jessica Rosenworcel said in a statement. “To succeed, we not only need an all-hands-on-deck response from government, but we need industry commitment and focus. Our message to providers is clear: certify under penalty of perjury the steps you are taking to stop illegal robocalls, or we will block your calls.”

This is the latest action the FCC has taken against robocallers recently.

Rosenworcel also announced that the agency was establishing a “Robocall Response Team” that would review policies and laws to find gaps that “need to close” regarding robocalls.