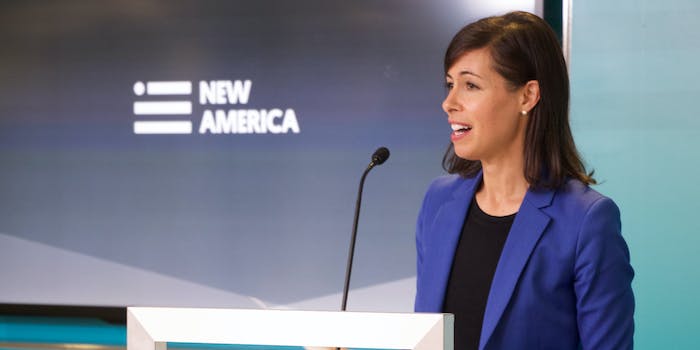 The fine against the two telemarketers is the largest in the agency’s history.

The FCC said the telemarketers, Rising Eagle and JSquared Telecom, spoofed robocalls across the country in early 2019. They used those robocalls to falsely sell health insurance plans from companies like Blue Cross Blue Shield and Cigna.

Spoofing is a technique where a robocaller uses a false caller ID to make it seem like the number is more recognizable to someone.

The telemarketers made around 1 billion robocalls, the FCC said, and knowingly called people on the Do Not Call List because they believed it would be more profitable.

“The individuals involved didn’t just lie about who they were when they made their calls—they said they were calling on behalf of well-known health insurance companies on more than a billion calls. That’s fraud on an enormous scale,” Acting FCC Chairwoman Jessica Rosenworcel said in a statement.

Rosenworcel also announced that she was establishing a “Robocall Response Team” at the agency that will review policies and laws “to identify gaps we need to close” in regards to robocalls and that the agency has sent cease-and-desist letters to six companies that “appear to be facilitating illicit robocalls.”

The letters note that the companies have two days to stop transmitting illegal robocalls or the FCC will authorize carriers to block them.