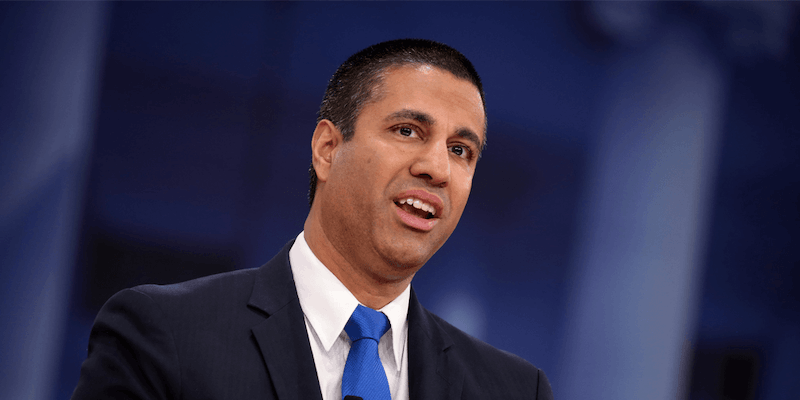 Customers' real-time location made its way into the hands of bounty hunters and stalkers.

The FCC has concluded its investigation into numerous wireless carriers that were found to be selling their customers’ location data.

In letters to several lawmakers, FCC Chairman Ajit Pai stated that “one or more” phone carriers appear to have violated federal law by doing so.

“I wish to inform you that the FCC’s Enforcement Bureau has completed its extensive investigation and that it has concluded that one or more wireless carriers apparently violated federal law,” Pai wrote.

The investigation was spurred by a letter to the agency from Sen. Ron Wyden (D-Ore.) in 2018 following a New York Times report that revealed law enforcement was tracking individuals with cell phone location data.

Subsequent reports from Vice found that everyone, from bounty hunters to stalkers, was purchasing location data for as little as $300.

“When I alerted the FCC in 2018 that wireless carriers were selling their customers’ location data to a shady prison phone company which was allowing prison guards to track Americans’ cell phones, I knew immediately that the practice was a security and privacy nightmare,” Wyden said in a recent statement. “Stalkers, rogue sheriff’s deputies, and shady data brokers had used this massive loophole to track Americans without their permission or knowledge.”

Wyden went on to note that “the big wireless companies finally stopped allowing shady data brokers to track their customers” last year after protest from consumers.

Pai’s letter does not reveal which carriers have been accused of violating federal law, although reporting has stated that AT&T, Sprint, and T-Mobile at one point or another sold location data.

The only question remaining is what action exactly will the FCC take against carriers accused of violating the law. While fines are expected, the FCC has a history of only issuing minor penalties against major tech companies.